The South China Sea is known as a contested maritime battleground. Not just for state sovereignty, oil and gas but above all for the marine resources on which large populations in Vietnam, China, Malaysia, the Philippines and Indonesia depend. Since 2016, the number of Chinese and Vietnamese vessels fishing expanding outwards from the South China Sea have increased rapidly, leading to a clear erosion of marine resources beyond the South China Sea. The local and geopolitical implications of the competition for resources have been widely addressed in the media and in academic debates, but the knock-on effects of the competition on distant oceans has remained understudied.

What happens and how?

Until now most scholarly attention has been devoted to the expanding scale and the environmental impact of globalizing fisheries. Such quantitative assessments give us an idea of the scale of the problem in terms of vessel tonnage and catch, harvest of endangered species and unsustainable fishing methods. But they contribute little to our understanding of how the transoceanic networks facilitate fishers’ maritime mobility. While we are beginning to recognize, that these forms of marine exploitation and maritime occupational mobilities are happening in the Pacific, Indian and Atlantic Oceans, we still have no knowledge, what exactly happens and how. The new research project advances our understanding of the precise connections, motivations and actions behind the transoceanic expansion of fishers from the South China Sea to Africa and Oceania.

The project Transoceanic Fishers: Multiple mobilities in and out of the South China Sea runs for five years and involves research team working in Asia, Oceania and Africa.

Chinese Heritage in the Indian Ocean: A Cultural Anthropological Perspective

Chinese Statecraft in Humanitarian Aid: A Global Responder in the Making

The South China Sea: China, Southeast Asia, and Maritime Security, Roundtable Series, the University of Hawai'i at Manoa and the East-West Center

‘Transoceanic fishers: Multiple mobilities in and out of the South China Sea’ 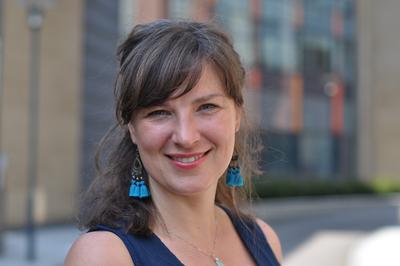 The project is funded by the European Research Council (ERC) under the European Union's Horizon 2020 research and innovation programme under grant agreement No. 802223