Breaking the landlords' hold on labourers

The commercialization and modernization of the labour market has only to some extent reached the poor villages in South-Asia. In these villages, there are still strong and long-term economic ties between a powerful elite of landowners and a class of landless labourers. Large parts of the Nepalese population live in rural areas. Here, feudal relations keep some families trapped in poverty. For this to change, the Nepalese government can create programmes tailored to the needs of poor families that target the feudal system.

-Many families could profit from government programmes that offer direct access to credit, insurance and other services. Such programmes can break the poverty cycle for families who are stuck in coercive relationships with landlords, says Magnus Hatlebakk, senior researcher at Chr. Michelsen Institute.

Generational shifts
Feudal contracts are most common in the Nepalese lowlands. Some labourers have contracts that tie them to the landlords for life. However, the image is not all bleak.

-Although some Nepalese still have oppressive contracts, feudal relations are dissolving. The wage levels outside agriculture have risen and made it possible for labourers to renegotiate their contracts. Some get a better deal through bargaining. Some simply leave the countryside and look for better paid jobs in the cities, says Hatlebakk.

When new generations enter the labour market, many families also shift from coercive contracts to casual labour contracts. As casual labourers, they earn more money, but they may decide to live at the outskirts of the village to stay away from the landlords influence. Hence, they benefit less from the close interaction with the rich and powerful people in the village.  In technical terms, the casual labour contract is the outside option for those who are in long-term contracts, and vice-versa. This implies that the casual labourers also to some extent depend on the landlord.

-With time we expect more labourers to switch to casual contracts, including in nearby towns. This may weaken the landlords hold on the labourers, says Hatlebakk.

- For many, the benefits outweigh the disadvantages. The poor labourers in rural areas do not have access to the formal credit markets. In case of illness or injury, they need large loans. The only ones they can turn to are their landlord.

While some choose to stay in these feudal relations because of the insurance the relationship can represent, others are forced to stay due to the debts they have accumulated to their landowner. These debts are in some cases accumulated through generations. Access to credit and insurance from the government may change their options. Nepal has not yet implemented effective measures. The government has started to distribute land parcels to some poor families, but claims Hatlebakk, Nepalese authorities have a long way to go. An important step would be to introduce social insurance programmes like rural employment guarantees or food stamps and health insurance through hospital treatment subsidies. 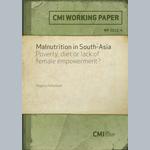 Malnutrition in South-Asia. Poverty, diet or lack of female empowerment?

Despite economic growth, and a reduction in poverty, malnutrition is still rampant in South-Asia. This indicates that non-economic factors are important, and we use a nation-wide survey from Nepal to...
Magnus Hatlebakk (2012)
Bergen: Chr. Michelsen Institute (CMI Working Paper WP 2012:4) 18 p. 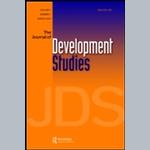 We generalise Basu’s (1986) model of triadic power. For one landlord and multiple merchants the landlord’s threat towards a labourer becomes credible in the original stage game. For multiple landlords...
Magnus Hatlebakk (2011)
in Journal of Development Studies. vol.47 no.11 pp. 1739-1756 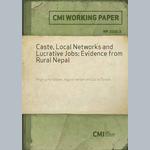