The Department of Anthropology at the Eduardo Mondlane University in Maputo is one of the largest in Southern Africa. However, students have not had the opportunity to study beyond Licenciatura (Honours) level. This has made it difficult to further develop the discipline of anthropology in Mozambique. As part of the research project “The Ethnography of a Divided City”, CMI-researchers Inge Tvedten and Bjørn Enge Bertelsen, and Sandra Roque from AustralCowi will support a new Master’s programme.

-We believe that this is a unique opportunity to support the development of the anthropology discipline in Africa, says Inge Tvedten, project leader and senior researcher at Chr. Michelsen Institute.

Integral part of research project
The students at Eduardo Mondlane University have to pass through a needle’s eye to become the first Master’s students in Mozambique.

-There is a large number of Honours students at the university, and they will compete for a limited number of Master’s student positions, says Tvedten.

Each of the three main researchers in the project will work with two Master’s students during the course of the project. They will function as co-advisors in close cooperation with staff at the university in Maputo. The selected students will collect data for their own thesis, as well as function as research assistants in the “Ethnography of a Divided City” project. The main researchers will also guide their field-work, and the resulting six Master’s thesis will be an integral and important part of the project’s academic output.

A fresh take on urbanisation
The Divided City-project investigates the rapid urbanisation of Maputo. According to Tvedten, the research team will provide an angle that has been missing from anthropological studies of urbanisation.

-Anthropologists have mainly focused on the anthropology in the city rather than of the city. While local neighbourhoods and social relationships have been investigated, spatial structures have been left out. Theorizing the city has largely been left to economists, urban planners and geographers.

The “Divided City”-project focuses on the Mozambiquan capital as a divided urban conglomerate, where the rapid urbanisation has had dramatic effects. The majority of the inhabitants now live in poor shantytowns, separated from the formal city centre not only by physical distance, but by marked differences in income and educational level, housing and infrastructure. In 2008 and 2010, anger and dissatisfaction over increasing inequality led to urban revolts in Maputo.

Research results from anthropological projects like “The Ethnography of a Divided City” can provide new knowledge with an important role in understanding the dynamics of urban development and poverty reduction. In addition to academic articles, a set of Policy Briefs will be produced and distributed to key stakeholders in the Maputo Municipality and the international Cities Alliance, and a film will be produced to capture the drama of urbanism for a wider audience. 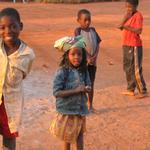