Skip to main content
Open menu
Several projects indicate that pay for performance does increase the number of women coming to health clinics to give birth, but a recent study shows that the scheme can also have adverse effects. (Photo: Aslak Jangård Orre)
30 May 2014

Maternity mortality is high in Tanzania, and one out of 12 Tanzanian children dies before their fifth birthday. The first few months after birth is the most critical period.

In the period 2009-2011, Tanzanian authorities carried out a pay for performance (P4P) scheme in several districts. (Note that this is a different scheme than the donor funded P4P pilot that later has been implemented in the Pwani region). The government considered pay for performance to have the potential to motivate health workers to convince more women to give birth at health facilities, hence speeding up the slow progress towards Millennium Development Goal 5: improved maternal health.

Researchers from the University of Bergen and the Chr. Michelsen Institute (CMI) recently published a study on the effects of the 2009-2011 Tanzanian P4P-scheme, concluding that P4P can have unexpected effects, including negative sanctions towards women.

Reduced the number of home births
To get a better idea of the actual effects of the P4P-scheme, the researchers did in-depth interviews with health workers at five different clinics, and organised focus group discussions in villages close to the clinics.

The health workers were interviewed before the implementation of the P4P-scheme, and many expressed skepticism toward the new performance-based system.

-Some of them argued that bonus payments would have little effect unless the equipment situation was addressed as well. They also raised concerns that the system would incline them to focus on the tasks they could get bonuses for whilst ignoring other tasks, say Victor Chimhutu, PhD candidate at the University of Bergen, and Siri Lange, senior researcher at CMI.

After receiving the bonuses, the skepticism was gone. Even though the bonuses ended up being handed out at a flat rate and not according to plan, the health workers were positive to the P4P-scheme. More importantly;

-Our findings suggest that the health workers did change their behavior in response to the performance-based payments. The health workers developed several strategies to attract women to their clinics, say Chimhutu and Lange.

Adverse effects
Health workers reported that they used health education, collaboration with traditional birth attendants, and nice behavior to attract women. However, the health workers did not only engage in positive strategies to attract more women to their facilities.

-The most striking finding is that health workers reported that they had developed coercive strategies to convince pregnant women to give birth at their health facilities. Staff at all the five health clinics that were part of the study openly admitted that they had told women that they would be fined or denied live birth cards and vaccination for their newborn babies if they gave birth at home, say Chimhutu and Lange

These threats were not carried out in actual practice, but may still have had adverse effects. The district health administration argued that the threats may have scared women who had a home birth from taking their newborn babies to the clinics to get the necessary vaccinations and check-ups.

-Performance-based payments may have motivated health workers to persuade more women to come to the clinics to give birth, but the increase does not necessarily say anything about the quality of services.

Still limited evidence for P4P
The article “When incentives work too well: locally implemented pay for performance (P4P) and adverse sanctions towards home birth in Tanzania – a qualitative study” is one of a few to demonstrate how P4P works in practice in a low income context. Quantitative evaluations of P4P in Tanzania and Rwanda have found that the number of women giving birth in health facilities do increase. Yet, there are still very few studies and limited evidence on the effects of P4P in the health sector.

-One of the most cited studies on P4P in the health sector is a study from Rwanda which clearly showed that facility based deliveries increased after the implementation of P4P. These results were based on a purely quantitative data material though, and we therefore do not know why and how these results were achieved, say Chimhutu and Lange.

Even if P4P has an effect, we know little about whether it gives value for money. Could the money spent on performance-based bonuses in Tanzania have had an even bigger impact if it was spent on covering transport costs for women who need transport to get to the clinics or to hospitals for emergency obstetrics care?

-P4P, like other approaches, is challenging. Success depends on a multitude of factors; one of them is context. Local perceptions of fairness, health workers’ motivation and working environment, and institutional capacity in handling performance-based payments are only a few of the variables than can separate success from failure, say Chimhutu and Lange. 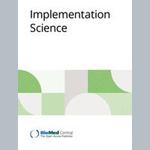 Protocol for the evaluation of a pay for performance programme in Pwani region in Tanzania: A controlled before and after study 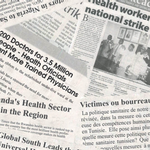 Ottar Mæstad, Aziza Mwisongo (2013)
in A. Soucat, R. Scheffler, and T. A. Ghebreyesus : The labor market for health workers in Africa. A new look at the crisis.. Washington D.C.: The World Bank 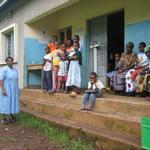 Health workers’ motivation is a key determinant of the quality of health services, and poor motivation has been found to be an obstacle to service delivery in many low-income countries....
Nils Gunnar Songstad, Ida Lindkvist, Karen Marie Moland, Victor Chimhutu and Astrid Blystad (2012)
Songstad et al. Globalization and Health 2012, 8:33