Out of sight, out of mind: Mobile banking

Poor Indians who receive money on bank accounts instead of cash save twice as much as others. Mobile banking schemes may contribute to lift people out of poverty.

Many poor Indians in rural areas live outside the formal banking system. While the Indian government recognizes their support needs, the lack of a system for effective electronic money transfers makes it difficult to reach out to them with welfare schemes. To remedy the defect, Indian authorities have launched one of its biggest operations ever. Prime Minister Narendra Modi has made the introduction of mobile banking one of the country’s top priorities, and a mind-boggling number of more than 250 million new bank accounts have been opened so far. The number of new bank accounts is undoubtedly a success. India has even made it to the Guinness Book of Records for opening more than 18 million new accounts in one week. But what impact does it have on the way people manage their money? Does it enable people to save more? Is it an effective measure for lifting people out of poverty?

Saves twice as much
Using an experimental design with randomized treatment assignment, a team of researchers has studied the concrete effects mobile banking has on people’s saving and household finances. They split a large group into two. One of the groups received weekly cash payments, the other got the same payments transferred to their bank account. The findings are unambiguous.

-Changing the method of payment has a clear effect. People who got money on their bank account saved twice as much as the other group. Ultimately, receiving money on a bank account instead of cash could be a way out of poverty for many of them, says Vincent Somville, senior researcher at the Chr. Michelsen Institute (CMI).

The explanation is simple according to the researchers.

-We all tend to use money that is readily available in our pockets. When the money is stacked away in a bank account and are out of sight, they are also, to a larger extent, out of mind, says Somville.

The researchers also found that getting a bank account in itself does not have an effect. Instead of putting money in their bank accounts, people who receive cash tend to keep it at home.

Still depending on key persons
For mobile banking to work effectively in terms of enabling the government to pay welfare benefits electronically, the system so far depends on one or several key persons in each village that has a mobile phone and can perform banking services for others.

-Local grocery shop owners are usually such key persons. They have enough money at hand to face bank withdrawals. Most villagers know them and are not reluctant to also come to them for banking services, says Somville.

*The ‘Saving behaviour and the introduction of mobile banking in India’ project is part of CMI’s recently completed INDNOR project. The project has been broad in scope and covered different aspects of everyday life in India.

*The project has been funded by the Research Council of Norway 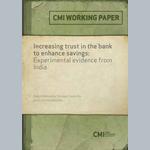 The Finance Ministry plans to focus on mobilising savings in the next phase of PMJDY, the financial inclusion scheme. This column presents results from an experiment in Chhattisgarh, which tests...
Vincent Somville, Lore vandewalle (2015)
ideasforindia 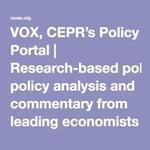 Making transfers to bank accounts instead of paying cash could potentially enhance savings. This column tests this hypothesis using a randomised trial from India. The evidence suggests that being paid...
Vincent Somville, Lore vandewalle (2015)
http://www.voxeu.org 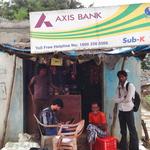