The law lags behind
When the videos were first leaked, the police wanted to arrest the pop singer, LD, and charge her with spreading pornography. Even Uganda’s Minister for Ethics and Integrity joined in. He announced that the State was considering instituting criminal charges against her under the Anti-Pornography Act.

Across the country, the message was that LD should be punished. Nobody considered the fact that she had not given consent to the publication of her photos or videos, says Monica Kirya, researcher and senior adviser at the Chr. Michelsen Institute.

-Information- and communication technology has spread with tremendous pace throughout Africa, but the law has not kept up, says Kirya.

-The current e-legislation creates criminals out of both the perpetrators and the victims, says Kirya.

Steeped in double standards
The Ugandan pop singer who was publicly slandered managed to turn the incident into  career capital. She posted an official apology on Facebook saying that she was sorry she had been so foolish, was forgiven and ended up being even more famous than she was before the videos were leaked. Kirya questions the moral sanctity of a public that forces a woman to apologise for being a victim. To her, the Ugandan case is the perfect example of the double standards that women are faced with every day.

-Gender norms consistently promote female chastity. Women are not supposed to flaunt their sexuality. They are supposed to be pure. At the same time female singers and actresses have to play the sex card to get their career going, says Kirya.

Kirya would like to see a greater willingness to address the situation on the part of the judiciary and politicians.

She would also like women’s rights activists and organisations to take a firm stand against the further victimization of women who experience revenge-porn. 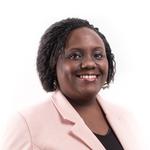