Under what circumstances can a state refuse refugee status to a person whose risk of persecution is present only in part of her or his country of origin? This is the pivotal question in CMI researcher Jessica Schultz’ doctoral thesis.

Norway’s Immigration Act permits authorities to deny protection to people claiming asylum if a safe area exists in their country of origin. Although it is not explicitly provided for in the 1951 Refugee Convention, this ‘internal protection’ concept is one of the most important, and contested, limits to refugee status. While many states consider whether relocation is both safe and reasonable, the content of these criteria is widely disputed.

To reduce the influx of refugees, Norwegian legislators passed an amendment in 2016 to expand the legal scope for IPA practice. Today, the IPA test applied in Norway is broader than any other country in Europe. Factors previously considered in the “reasonableness” assessment are no longer part of the asylum decision.

The decision to drop the reasonableness test has sparked debate in Norway. Yet, whether return is reasonable is not the main issue, according to Schultz.

- The biggest challenge is determining what constitutes durable safety. Countries where the IPA is often applied, for example Afghanistan and Somalia, are hardly models of stability. We have no information about how sustainable return to an IPA really is, says Schultz.

-Above all, removing the criteria about reasonableness is about sending signals. It is about carving a space for returning refugees and asylum seekers. It is part of a broader dynamic where the countries on the receiving end are looking for return possibilities, says Schultz.

To deter and deflect potential claimants, European countries’ asylum policies are aimed at transferring protection seekers to other safe places whether they are IPAs or third countries closer to the source of refugee flows.

Norwegian return policies to Afghanistan have been at the centre-stage of the immigration debate for the past year. Kabul has experienced an influx of refugees from Pakistan and Iran, as well as many countries in Europe. Just last year, more than a million refugees returned from Pakistan to internal displacement in overcrowded urban settlements. Norway similarly sends asylum seekers to Kabul and other cities. Is this a durable solution, or will refugees be compelled to return to a known risks where at least their livelihood may be secure? Or will they simply move on, to a previous country of first asylum or some place further afield?

-What we are currently seeing is a legal technocratic approach divorced from empirical facts. Do the criteria currently used to determine whether an IPA is safe, for example, reflect people’s experience of security when they relocate? Recent research from Afghanistan reveals that “return” is often a temporary stage in a continued migration process, says Schultz.

At the moment, we have too little knowledge about the consequences of IPA practice either in terms of human rights or refugee policy, she says.

See her legal study for UNHCR:

“The Internal Flight Alternative in Norway”

The Internal Protection Alternative in Refugee Law. Treaty basis and scope of application under the 1951 Convention relating to the Status of Refugees and its 1967 Protocol

The Right to Refugee Status and the Internal Protection Alternative: What Does the Law Say?

In this contribution, the authors examine the "internal protection alternative" in refugee law, one of the most important limits to refugee status under the 1951 Convention relating to the Status...
Jessica Schultz and Terje Einarsen (2016)
in Bruce Burson and David James Cantor (eds.): Human Rights and the Refugee Definition. Brill Nijhoff 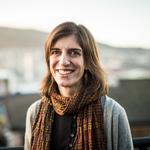