Recognising all victims and survivors of sexual violence in wartime

Sexual violence in wartime is not a new issue and is not limited to one geographical region, time period or conflict. Sexual violence is commonly used in war because it is an effective way in which to exert control and domination. It intensely traumatises the victims and has wide-ranging psychological and physical implications.

Awarding the Nobel Peace Prize to Nadia Murad and Denis Mukwege is a timely acknowledgement of an issue that will not go away. The prize has effectively raised awareness of the issue of sexual violence in conflict on a global scale and shows the victims and survivors that they have not been forgotten or ignored. Nadia Murad knows first-hand the devastation that sexual violence can cause to an individual. She was able to powerfully lift her voice and speak out about her experiences, raising awareness of the violence the Yazidi women were subjected to. Through his treatment of victims of rape and sexual violence in his clinic in the DRC, Denis Mukwege has unparalleled understanding of the needs of women in the immediate aftermath of rape and sexual violence. By awarding the prize to Nadia Murad and Denis Mukwege, the Nobel committee have raised awareness of this issue in two different contexts: the Yazidi and the DRC, which illustrates the global and pervasive nature of sexual violence.

As a result of this silencing, the number of male victims of sexual violence, both in peacetime and conflict, remains unknown. Men are unlikely to come forward and say “it happened to me.” However, it is known that sexual violence against men is a commonly occurring weapon of war. Following the Yugoslav wars in the early 1990s, an anonymous study of 6000 concentration camp inmates from the region around Sarajevo found that 80% of male detainees reported being raped or sexually abused.  Evidence from conflicts in Chile, Greece, Croatia, Iran, Syria, Kuwait, former Soviet Union, Uganda and the Democratic Republic of Congo suggest that there were a vast number of male victims of sexual violence. This illustrates just a small number of countries and some estimates state that wherever there is war, there is sexual violence. And wherever there is sexual violence, men and boys are also victims.

There is a fundamental lack of understanding of what constitutes sexual violence against men, or even a recognition that men can be victims of sexual violence

But these victims still often go unrecognised or acknowledged. Part of the problem is that in international law, male victims are usually hidden behind gender-neutral and non-specific terminology such as “torture” and “assault” which effectively means that men are largely excluded from the narrative of sexual violence. Even UN Resolution 1325, which is widely considered the resolution on wartime sexual violence, mentions only women and girls. This means that there is a fundamental lack of understanding of what constitutes sexual violence against men, or even a recognition that men can be victims of sexual violence.

Further, men are consistently framed as the aggressors and perpetrators of sexual violence. This denies men of their victimhood and further alienates them from any possible interventions. Even organisations specifically working on sexual violence often exclude men from their work. This is for a number of reasons, including funding considerations, lack of resources and lack of knowledge, but speaks to the wider problem: even those who are meant to help can’t. 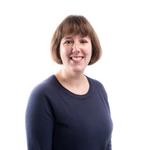