–Social change happens every day. It is “just” a question of scale to measure it and to find good tools to guide it towards anti-corruption, says Guillaume Nicaise, new senior adviser at the U4 Anti-Corruption Resource Centre.

After civil war in Burundi and genocide in Rwanda, both populations suffered very harsh living conditions. Yet, already 10 years later, Rwanda’s recovery compared to Burundi was stunning and progress towards anti-corruption very promising. Burundi was a whole different story. The country was conflict-ridden and corruption widespread. Guillaume Nicaise, our U4 Anti-Corruption Resource Centre’s new senior adviser, decided to find out why. He made the two countries case studies for his PhD thesis, and went there for what he planned to be at least a year and a half in each country.

But his field work in Rwanda came to an abrupt end after only six months. As Guillaume started asking questions about corruption among traffic police officers in Rwanda, the police searched his house, confiscated his material and withdrew both his and his wife’s visas; then he was kicked out of the country. They were granted one day to leave.

–It was a harsh moment, but it gave me very good insights on how the State was really functioning, especially on practical norms and acquaintances between the police and justice, says Guillaume.

Curiosity got the cat kicked out
–You could say that I was naïve. I didn’t really expect them to find out what I was looking for, or at least that it would generate such reaction, he says today.

He argues that part of him is still naïve, as a spontaneous feeling of trust for people, but also as a resistance against cynicism or defeatism. The experience in Rwanda certainly did not stop him from asking questions.  Neither did it dampen his interest in disclosing corrupt practices. Settled in Burundi, he immediately started the work to unravel corruption in different layers of society there. But as the conflict in the country developed into outright civil war in 2015, it became too dangerous to stay. There were killings every night for months, not the best conditions to give birth to his first child. Guillaume and his wife decided to leave after two and a half years in the country.

Ingrained in the social fabric
The three year stay in Rwanda and Burundi did not only give insight on corrupt practices. It also gave insight into why it happens, and why petty corruption, in some cases, are so integrated in social norms, to consider it as a collective action problem, nurtured by power games and social dynamics.

Interviews and everyday life experiences during his field work in Burundi in many ways provided the perfect example.

–At the market, corruption was commonplace, widespread and accepted, becoming a practical norm relying on interdependencies between people from the same area. People’s reasoning were more like: ‘If others are corrupt, why shouldn’t I engage in corrupt practices?

On certain arenas, unwillingness to participate in petty corruption could even leave people stigmatized. Besides obvious economic drivers, corruption may be fuelled by powerful social drivers, being even perceived as a form of resistance against oppression from the State.

Corruption may be fuelled by powerful social drivers, perceived as a form of resistance against oppression from the State.

–Social norms are very much at the top of the hierarchy. You are expected to favour your own network, to express solidarity. If you don’t, you are punished socially, says Guillaume.

For example, when he asked the mayor of a city in Burundi why he accepted that some people in the city got benefits because of their relations to him while others did not, the reply was simple: ‘That’s the way we do it here. I am the mayor because of my family and my network. And my social obligations to them cannot be ignored’.

Getting out of the NATO-state of mind
What the field work taught Guillaume above all else is that human beings always finds a way of rationalising their behaviour. And corruption is one of the behaviours that humans rationalise and explain in a multitude of ways. For Guillaume, what is interesting is to understand how structural and behavioral models are created in one part of the world (such as good governance or corruption’s meaning) and then transferred, and how those models will be understood and translated according to contexts of implementation to finally create a new layer, a new framework for action. For example Guillaume explains that “in Rwanda, civil servants at the local level are forced by the national level to respect social accountability mechanisms, reinforcing verticality and previous power relationships to finally divert completely the accountability mechanism from its original meaning. I did not imagine that before my PhD field work.”

Prior to pursuing a PhD, Guillaume worked on the civil dimension of security. His interest in and experiences from analyzing and understanding which political and socio-economic factors lie behind a crisis led him to a position within NATO’s crisis centre. Working at NATO made him realise that he needed more field experience, and that there was a lack of understanding of context.

After finishing his PhD, he wanted to apply his own findings and critique to the system. A job at the Deutsche Gesellschaft für Internationale Zusammenarbeit (GIZ) GmbH in Togo was the perfect opportunity.

As a U4 senior adviser, he aims to continue to apply his own findings and critique, inspired by social norms theory and as an advocate for contextual knowledge and understanding.

–I hope to bring more of the development practitioner’s perspective and an understanding of the importance of contextual knowledge to anti-corruption work. 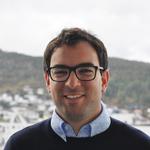