As a response to Norway’s “Brazil strategy” of enhancing research cooperation on global issues between Norway and Brazil, Chr. Michelsen Institute (CMI)  is cooperating with Universidade de Brasilia in establishing a comparative research network on the events that are unfolding in the Arab world. The collaboration project has now been granted funding from the Norwegian Ministry of Foreign Affairs, and is directed by senior researcher, Nefissa Naguib.

The objectives of the project “Agents or Guardians: The role of Armed Forces in Transitions to Democracy: Latin America and the Arab World” are diverse. Firstly, the project aims to foster links between Brazilian, Norwegian and Middle Eastern research institutions and individual researchers. This will hopefully contribute to the building of a strong interdisciplinary development research network between researchers based in Norway, Latin America and the Middle East.

The second objective is to introduce a comparative perspective on the contrasting roles of the military in the Latin American and Middle Eastern democratization processes. In particular, the project aims to initiate an in-depth study on the role of the military in the Arab world and its relationship to the state and civil society. How has the 2011 uprisings affected the military as an institution? Does the military have an impact on sectarian relations and the position of Christians in the Arab world? Questions like these could stimulate public debate on the role of armed forces and civil society in processes of democratization.

The new research project taps into several current research themes at the CMI as the Arab World Programme and Emerging South Powers. 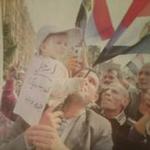