Colonialism, apartheid and war have forced destitute Namibians from the countryside into poor and dense shantytowns. Parts of the population in the shantytowns are trapped in chronic poverty. Others strive to improve their lives. A significant number of these are women. They succeed by forming their own households and female social networks.

-Increasingly, women realize that they can cope just as well, if not better, without men. Men are frequently failing to provide for their family, says Inge Tvedten, senior researcher at Chr. Michelsen Institute.

In the recently published book “As Long as They Don’t Bury Me Here. Social Relations of Poverty in a Namibian Shantytown”, Tvedten provides insights into the struggles of the shantytown dwellers of Oshakati in Northern Namibia. What is the x-factor that enables some of them to improve their conditions, while others give up?

The women live in generational households, with female relatives or female friends, and organize their everyday lives according to the household members’ competence. While some of them are taking care of children, others go to work or school. This gives them a favored position, which men increasingly are trying to exploit.

-Some men are now acting as domestic nomads, trying to get accepted into female headed households, says Tvedten.

When men move from rural to urban areas, many lose their traditional and material status. In rural areas, ownership of land and cattle is an important symbol of status. As city dwellers, they rely on money to keep their status. Good jobs are hard to find, and many struggle in vain. After long periods of trying to find jobs, they give up. When they lose their income, they also lose the opportunity to establish and maintain social relationships outside the shantytown. If you have nothing to offer in return for food or other material goods from the extended family back home, you are excluded.

For many women, it is the opposite. The city opens a social space in which they for the first time get the opportunity to provide for themselves. They are no longer bound by the barriers of tradition. 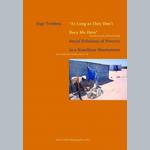 "As long as they don't bury me here". Social relations of poverty in a Namibian shantytown 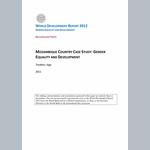 Gender equality and development in Mozambique

This article outlines some of the main policies and interventions for economic development and gender equality in Mozambique since Independence in 1975, and assesses key implications for the positions of...
Inge Tvedten (2011)
Background article for the World Development Report 2012 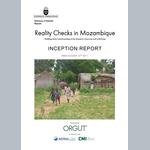 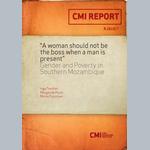 'A woman should not be the boss when a man is present'. Gender and poverty in Southern Mozambique