Traditional informal money transfer systems, the alternative remittance systems (ARS) are essential in countries without solid banks and financial administrations, and as informal banking channels in other parts of the world. The hawala in the Middle East and in Northern Africa is an example of an ARS. ARSs are traditional systems based on trust, and from the outset, legitimate. However, they have been known to be useful vehicles for criminals and terrorists to launder money.

After 9/11, the ARSs got renewed public interest and attention in the war against terrorism. The Financial Action Task Force (FATF) was mandated to regulate informal money transfer systems, and did so by issuing international regulations and supervising procedures similar to those imposed on formal banking systems. This is a losing battle, says Jesper Stenberg Johnsøn, advisor at the U4 Anti-Corruption Resource centre, in a newly published article “International money-laundering regulation of alternative remittance systems – why the current approach does not work in developing countries” in Journal of Money Laundering Control, co-authored with Joanna Trautsolt. Trautsolt and Jesper Johnsøn analyse the FATF strategies and point to the shortcomings of treating informal systems as commercial banks.

In lack of capacity and competence
Although most countries adhere to the regulations and standards set by FATF, however, the actual compliance to the standards is questionable. Many developing countries lack the capacity and the competence to monitor the affairs of remitters and money exchange dealers. For example, it is not only challenging to supervise the actual activities of the registered hawaladars in Afghanistan. Reliable information is almost non-existent.

-Research shows that very few of the hawaladars actually register at all, says Johnsøn.

The US State Department estimates that about 50-60 percent of businesses in Afghanistan operate outside formal regulations. The Afghan parliament has not endorsed the Anti-Money Laundering and Proceeds of Crime Law, a law which is crucial for the regulation of hawala. This compromises the legitimacy of the regulatory system. Poor enforcement can also explain the low number of registrations. In conditions like these, FATF needs a different approach.

Going from nowhere to collaboration
-So far, all efforts to control the informal systems have been made without the support of the hawaladars, argues Johnsøn and Trautsolt. Trying to force the hawaladars into a formal system is an impossible assignment that might even be counterproductive. There is a need for a lighter framework and a collective action approach. In most countries, ARSs are legitimate systems. FATF has to convince the money exchange dealers that they have common interests, united in the fight against crime and terrorism. For this to happen, the current top-down approach needs to be replaced with a bottom-up perspective. A starting point could be to establish a professional association of hawaladars, or to replace extensive monitoring requirements with more targeted regulations. Only concrete operations susceptible to misuse need monitoring. 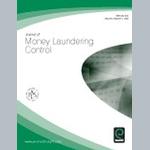 This article examines the recommendations of an influential international advisory body, the Financial Action Task Force (FATF), towards regulation of Alternative Remittance Systems (ARSs). The analysis shows that FATF is...
Joanna Trautsolt, Jesper Johnsøn (2012)
in Journal of Money Laundering Control vol. 15 no. 4 pp. 407 - 420 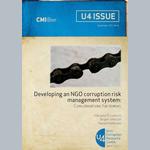 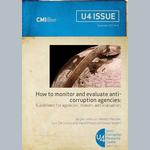 How to monitor and evaluate anti-corruption agencies: Guidelines for agencies, donors, and evaluators

The number of Anti-corruption agencies (ACAs) around the world has increased dramatically over the past decades. Nevertheless, the value of ACAs is increasingly being questioned by international donors and national...
Jesper Johnsøn, Hannes Hechler, Luís De Sousa, Harald Mathisen (2011)
Bergen: Chr. Michelsen Institute (U4 Issue 2011:8) 84 p.