What is there to learn from Hugo Chavez?

President Hugo Chavez is portrayed as a loose cannon in international media, but he has succeeded in reducing poverty in Venezuela. When he assumed office in 1998, about 50 % of the population was classified as poor. Today, poverty rates are around 25 %.

Oil permeates society
The country’s rich oil resources are running as a thin, red line through important features of Venezuelan history and development as a society. Since the discovery of oil around 100 years ago, oil and the oil industry was vital in shaping social and political structures. The country was ruled by a small and very rich elite, whilst the majority of Venezuelans did not benefit from the oil revenue. The country’s political and economic structures were also shaped through the relationship to Washington and international oil companies.

-To put it simply, these factors combined, and Venezuela’s form of integration into the international political economy as an oil exporter, created a societal model that was not sustainable over time. Chavez and the movement which supports him evolved as a reaction to this, says Iselin Åsedotter Strønen, PhD-candidate at the Chr. Michelsen Institute. She has authored a chapter on Venezuela in “Flammable Societies: Studies on the Socio-Economics of Oil and Gas”.

- An important entrance to understanding Venezuela today and its political polarization is to understand how social inequalities were articulated over time, she says. - The social histories and historical memories of the rich minority and the poor majority are completely different, and their experiences of living in Venezuelan society diverge radically. Through focusing on the poor, the government is trying to make up for the long-lasting exclusion of Venezuela’s poor, or in local discourse, the State is paying back its social debt. There is a strong ideological emphasis on using oil income to foster social welfare and social justice.

Challenging local-level democracy
Since an aborted coup against the Chavez-government in 2002, the state has targeted poverty through social programs called “missions”. These are social programs implemented in shantytown communities and poor rural areas consisting of primary health stations, literacy programs, educational and vocational programs, culture and other measures. Many of the “social missions” still exist and new ones are created, but for the past few years, the main focus has been on the so-called Communal Councils, according to Strønen.

The Communal Councils are neighborhood groups that are regulated by law. Their function is to develop and execute local development projects in their communities, financed by state resources mainly emerging from oil revenues. The communities themselves initiate Communal Councils, and decisions are made in community assemblies. About 40 000 councils are registered across the country, mainly in poor areas. So far, their focus has been on improvements in housing and infrastructure, but their scope is wide, ranging from economic development to health and gender issues. The councils are thought to function as a sort of local-level government, but there have also been severe challenges.

-One of the main problems is that the state institutions are not sufficiently responsive to the communities’ demands, and the needs are so comprehensive. This is poverty accumulated over a long, long time. Also, they are trying to deal with problems that are in many ways structural, like urban infrastructure deficiencies and inadequate income opportunities. Moreover, corruption, clientilism and other “vices” have been an ingrained part of social and political life in Venezuela for a long time, which further complicates the institutional processes involved at different levels, says Strønen.

Lessons to learn
At a micro level there is a lot to learn from Venezuela about dos’ and don’ts in local development and the management of state resources, according to Strønen.

-For all its deficiencies and challenges with regards to the missions and the Communal Councils, social conditions have been significantly improved. And perhaps just as important, the process has included the previously marginalized sectors of the population into society, she says.

The paradox of oil
Paradoxically, oil is often said to be a curse on socio-economic development. Instead of providing prosperity and stability, it is often the source to high levels of poverty and conflicts.

Conflicts and grievances between rich and poor can be found to different extent practically everywhere, but Strønen suggests that they can be exacerbated in resource rich societies like Venezuela.

-So much is at stake, because oil represents such a potentiality of wealth. The contrasts between those who benefit and those who do not become even more compelling and evident. Naturally, that fosters social polarization, says Strønen, adding that in Latin America for example, this also plays into a colonial history that created fundamentally socially stratified societies in the first place.

– In Venezuela, they managed to keep up appearances of stability and relative social harmony for a while, but social conflicts and divisions erupted dramatically to the surface as poverty increased from the early 80’s, she says. In relation to discussions about natural resources, we need to gear attention away from un-committing talk of poverty to address more head on issues of power, control, justice and redistribution.

- Also, consider the outcry that Venezuela faced when they wanted to regain state control over the oil industry – an oil industry that had been in effect controlled and dominated by foreign oil companies since the discovery of oil almost hundred years back, Strønen says.

- This is also an example of to what extent ideology, geo-politics and crude power is at play in the field of natural resources, and the different political playing field available to countries in the developing world in comparison to say, Norway. 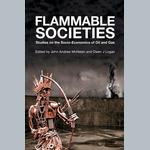 Development from below and oil money from above. Popular organization in contemporary Venezuela

Since Hugo Chavez came to power in Venezuela in 1998, large parts of the country's vast oil resources have been diverted towards social spending amongst the poor sectors of the...
Iselin Strønen (2012)
in McNeish, John-Andrew and Owen Logan, eds.: Flammable societies: Studies on the socio-economics of oil and gas. London: Pluto Press pp. 133-155

Flammable societies. Studies on the socio-economics of oil and gas

The impact of the oil and gas industry – paradoxically seen both as a blessing and a curse on socio-economic development – is a question at the heart of the...
John Andrew McNeish and Owen Logan (2012)
London, Pluto Press 370 p. 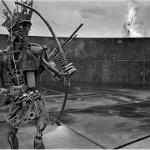