The power of the masses

Electoral authoritarianism is the most common regime type in Sub-Saharan Africa. Uganda, Kenya, Malawi, Mozambique and Zimbabwe are amongst the regimes that hold at least minimally competitive and regular elections, but in which the elections are rigged towards the incumbent to such a degree that they cannot be considered democratic. More often than not, these regimes are characterized by corruption and nepotism.

The vast majority of these electoral authoritarian regimes have managed to stay in power. In Uganda, for instance, President Yoweri Museveni has been in power for over 25 years, and has retained power despite growing dissatisfaction with his regime over the past few years.

The urban edge
Helle and Lise Rakner, senior researcher at Chr. Michelsen Institute, have analysed the recent political developments in Zambia and Uganda, focusing on the interplay between electoral authoritarianism and economic grievances.

-Poor, urban masses represent a much bigger threat to the ruling party than the poor population in rural areas. This is closely linked to access to information and organizational control. Poor urban masses can be the number one asset of the opposition, says Helle.

On average, the opposition has more support in the cities than in the countryside. Access to information is easier, and the voter feels closer to the people in power. They witness the striking difference between poor and rich and are more likely to react to it.

-It is harder to mobilise an opposition in the countryside. The ruling party buys votes and keeps local strongmen loyal, and this has an immense influence in areas where there is little or no access to objective information, argues Helle.

In Zambia, over 40 % of the population lives in urban areas, while only 10-15% of the Ugandans live in cities. In Zambia, the urban electorate was a major contributor to the success of Michael Sata from the Patriotic Front (PF) as he challenged incumbent president Rupiah Banda. Using slogans against corruption and nepotism, he mobilised the poor urban masses.

An African spring?
If Sata lets his voters down, there is a real danger of political fatigue in Zambia. Time will tell if he represents a clean break from the regime of former president Rupiah Banda, or if he also succumbs to corruption and nepotism like his predecessors. The signals so far are ambiguous. Sata has accused the biggest opposition party, MMD, of economic untidiness and has demanded an investigation. If his accusations are proved correct, MMD risks losing their seats in Parliament. This would pave the way for an absolute majority for Sata’s PF.

Still, winds of democracy have reached electoral authoritarian regimes also south of Sahara.  The spring and summer of 2011 saw large-scale protests in 22 countries in Sub-Saharan Africa. People gathered in the streets, protesting against high prices on food and fuel and worsening living conditions.

The protests were rhetorically linked to the uprising in the Arab world. Yet, most of the protests were also linked to genuine domestic political concerns such as the lack of free speech and patronage politics, says Helle.

The past two decades, many African countries have experienced economic growth. Yet, the majority has not seen any economic progress. Only a small elite has experienced improved living conditions. Whether the protests will result in actual changes, depends to a large extent on the urban masses.

-The electoral turnover in Zambia shows that a President and his ruling party can be punished by an urban constituency if they do not deliver, says Helle. 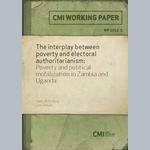 In this paper we wish to analyze the interplay between the political setting of electoral authoritarianism and economic grievances expressed in particular by an urban poor electorate in Africa. We...
Svein-Erik Helle, Lise Rakner (2012)
Bergen: Chr. Michelsen Institute (CMI Working Paper WP 2012:3) 22 p. 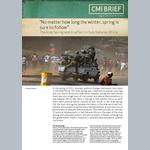 In the spring of 2011, dramatic political changes and events took place in the Arab World. The Arab Spring was comprised of popular uprisings and civil unrest across the Arab world. However,...
Svein-Erik Helle, Lise Rakner, Helge Rønning (2011)
Bergen: Chr. Michelsen Institute (CMI Brief vol. 10 no. 4) 4 p. 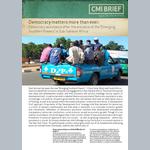 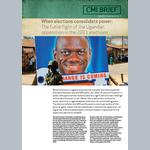 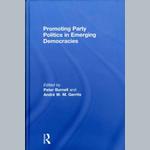 In search of the impact of international support for political parties in new democracies: Malawi and Zambia compared 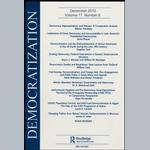 Institutionalizing the pro-democracy movements: the case of Zambia's movement for multiparty democracy

In this contribution the challenges of political opposition is addressed through a focus on the problems of institutionalizing parties and party systems in sub-Saharan Africa. Challenges of party institutionalization in...
Lise Rakner (2011)
in Democratization vol. 18 no. 5 pp. 1106-1124 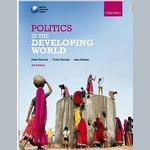 The third edition of this well respected textbook explores the changing nature of politics in the developing world in the twenty-first century. Beginning with an examination of theoretical approaches, leading...
Peter Burnell, Vicky Randall and Lise Rakner, eds. (2011)
Oxford: Oxford Univ. Press 537 p.