A way out of child labour

150 million children below the age of 15 work twelve hours a day, seven days a week. They work because they do not have a choice. Their earnings, although modest, is an essential contribution to the family. Children who drop out of school lose the chance to get well paid jobs as adults. Child labour is an effective poverty trap.

Charlotte Ringdal, Master’s student at Chr. Michelsen Institute and the University of Bergen, has used economic models to study how interventions like increased educational opportunities, firmer legislation, international conventions and product labeling affect child labor. She finds that although most interventions probably will reduce child labor nationally, locally or in a specific industry, the most effective way to reduce child labour is economic incentives that allow children to stay in school.

-Many children work in their parents’ restaurants or at farms. Some of them attend school parts of the year, for shorter periods of time, but they do not stay in school long enough.

She argues that prohibiting child labour is not an ideal solution.

-Working keeps them from going hungry to bed, she says.

Paying the price
In Mexico, the programme Oportunidades has succeeded in reducing the incidence of child labor. The number of children who go to school has increased accordingly. Families who participate in the programme receive a certain amount of cash each month if their children attend classes. By rewarding school attendance, Mexican authorities has increased the cost of child labor and made it less profitable.

However, Mexico is incomparable to many countries with high rates of child labor. Compensating parents for letting their children go to school is, in the end, a matter of money. In a country like Nepal, where the GNP is only 1200 USD per capita, the expenses of programmes like Oportunidades are too high.

-Recent numbers from the World Bank and the Nepalese Bureau of Statistics indicate that 27, 6 % of the children are part of the labor market. Aid and scholarships targeted at facilitating education could reduce child labor significantly, says Ringdal.

She underlines that most parents have concerns about sending their children to work, and there is no doubt that education is the preferable choice in the long run.

-Yet, the families in question cannot afford to think ten years ahead. That is why they need to be compensated for lost income. Education can break the poverty circle, but poor families need to be presented with real alternatives, says Ringdal. 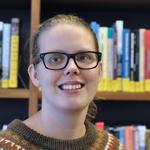