Population control policies keep on attracting a lot of attention. The main argument in favour of a reduction in fertility rates, is that having more children contributes directly to a household’s poverty. Using the last three rounds of the Nepal Living Standards Surveys, we investigate the links between household’s fertility decisions and their consequent achievements in incomes and consumption. In contradiction with the popular presumptions, we find that having more children does not have a negative effect on incomes (per capita) and consumption. In fact, because households are parts of extended family networks, those who have fewer children will host other relatives. We show that the size of the household does not change with additional births, only the household composition is affected. An additional birth reduces the number of adult members and increases the number of child members. As a result, it has an ambiguous impact on the consumption per capita, that depends on the importance of the gain in lower consumption versus the cost of a lower income. To identify the causal relationship, we use the gender of the first born child to instrument the total number of consecutive children. The results question the relevance of the policies and information campaigns aiming at reducing the fertility of the poorest people. 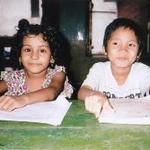 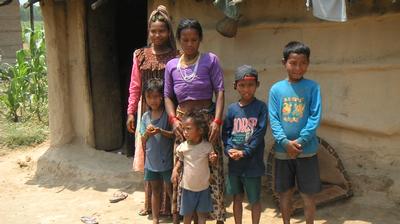