An Annotated Bibliography of Social Research on the Nuba Mountains

It was possible for this volume to come together in a few months only because of previous efforts of long-time colleagues in my research on the Nuba Mountains, most of all Richard Rottenburg and Guma Kunda Komey. The basis of this annotated bibliography is a list of references, the Nuba Mountains Bibliography, which is published and regularly updated on the website of the Institute for Social and Cultural Anthropology at the University of Halle in Germany, as part of the Law, Organisation, Science and Technology (LOST) Research Group. The list was originally a bibliographical database based on two four-year research projects funded by the German Research Foundation (DFG), which examined the relation of nomadic and sedentary people in South Kordofan, as well as markets and other economic institutions in the post-war period between 2005 and 2011. The projects were headed by my doctorate supervisor Richard Rottenburg and involved Guma Kunda Komey as senior researcher and myself as student assistant, and later doctoral candidate. The bibliographical work was also conducted by the assistants Uta Mahadi, Ronn Müller, Jasmin Weinert and Konstantin Biehl; Konstantin Biehl representing the backbone of the effort to turn the list into an annotated bibliography. Theses submitted at the University of Khartoum up to 2010 were collected by Amira al-Jizouli. Her work was continued, up until the end of 2014, by Rania Awad at other universities in Khartoum. This added substantially to the number of Arabic writings in this bibliography. 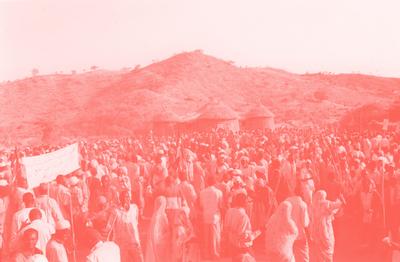 Civilians’ Survival Strategies amid Institutionalized Insecurity and Violence in the Nuba Mountains, Sudan

Dynamics of destabilisation in development interventions in South Kordofan, 2005-2011

The moral intersections of gender justice in post-revolution Sudan