Does violence pay? The effect of ethnic rebellion on overcoming political deprivation

Studies have found that politically deprived groups are more likely to rebel. However, does rebellion increase the likelihood of achieving political rights? This article proposes that rebellion helps ethnic groups to overcome deprivation. I illustrate this by using a "typical" case (the Ijaw's struggle against the Nigerian government) to demonstrate how ethnic rebellion increases the costs for the government to a point where granting political rights becomes preferable to war. Further, I exploit time-series-cross-sectional data on deprived ethnic groups to show that rebellion is significantly associated with overcoming deprivation. The statistical analysis shows that democratic change is an alternative mechanism. 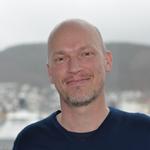