Iran’s private manufacturing industry took a heavy blow during the The Islamic Revolution in 1979. The industrial bourgeoisie which had been the shah’s economic darlings were seen as “counter-revolutionary forces” by the left-leaning Islamists who controlled the new state. Iran’s biggest entrepreneurs fled the country and a large number of factories were nationalized.

In the recently published book “Iran. From theocracy to the Green Movement”, Kjetil Selvik, senior researcher at Chr. Michelsen Institute, contributes with a chapter based on in-depth interviews with more than 60 founders and owners of private manufacturing establishments in 1999-2009.

An unfulfilled ideal
Even though the industrial bourgeoisie was distrusted in the aftermath of the revolution, the concept of “homegrown industrialists” gradually gained momentum with the new regime. Self-sufficiency became an important goal for the government, which was in war with Iraq and suffered international isolation. The Islamic Republic introduced comprehensive protectionist economic policies in the 1980s, aimed at strengthening local industry. In addition to a range of direct subsidies, the state protected the local industry through bans on import and high tariff rates.

-The economic development policy was a gold mine for entrepreneurs who knew how to deal with the system, but it was not a recipe for long-term industrial growth. The protectionist policy left the manufacturing industry inefficient and without competitive ability, says Kjetil Selvik.

Thwarted economic policies and a schizophrenic stance to “capitalism” have reduced the industrial class to an unfulfilled ideal. The entrepreneurs operate in a system that has not sorted out its ideological and economic orientation.

- Iranian entrepreneurs have largely been cut off from the outside world, and export-led growth is dependent on interaction with the surroundings. Facilitating foreign investments has been difficult to combine with Iran’s revolutionary rhetoric. The inherent tension between pragmatism and ideology remains unresolved, says Selvik.

Ahmadinejad’s uncompromising line
The 1990’s represented a new era for Iranian industry. Presidents Rafsanjani, and later, Khatami, represented an ideological shift. They looked at the private sector with different eyes, and liberalized economic policy. This made Iran tempting territory for foreign investors. In the late 1990’s, Western investment was beginning to grow in Iran.

This trend would not last for long. In the early 2000s, the private industrialists who had prospered during Rafsandjani and Khatami suffered a severe backlash. The Iranian government returned to the revolutionary rhetoric, mainly for three reasons: Firstly, Iran’s Leader Ali Khamene’i played up the revolutionary rhetoric to contain then President Khatami’s democratic ambitions. Secondly, U.S. rhetoric against Iran escalated as the American president George Bush Jr. started referring to Iran as part of the axis of evil . The invasion of Iraq also contributed to a hostile atmosphere in Western-Iranian relations. Thirdly, the election of President Ahmadinejad in 2005 created difficult conditions for Iran’s industrial class. Under his leadership, Iran has experienced a re-ideologization of politics, strengthened populist rhetoric and increasing tensions with the West, according to Selvik.

-As a result of external boycott and internal mismanagement, the Iranian economy has been plagued by inflation and capital flight. Ahmadinejad’s economic policy and confrontational foreign policy has left the country’s industrial class in limbo. Their esteem is considerable because the concept of entrepreneurship has gained momentum in the corridors of power, but the conditions for further growth are currently non-existing, says Selvik.

A new industrial class on the rise
Yet, there is one exception. A new industrial elite with origins in the Revolutionary Guard is on the rise. They benefit from strong backing from the present political leadership. This support gives them access to governmental subsidy schemes and lucrative markets.

-Contractors from the Revolutionary Guard are frequently awarded large-scale contracts. The tendency of favoring entrepreneurs with ties to the political establishment has been detrimental to the long-term consolidation of a private industrial class in Iran, says Selvik. 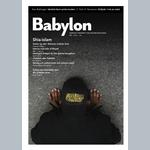 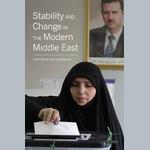 Stability and Change in the Modern Middle East