Emerging South powers in Africa: The West in retreat?

In 2011, trade between Africa and China exceeded 150 billion dollars, making China Africa’s biggest trading partner. Although China may be in a class of its own, India, Brazil and South Africa have also made huge inroads into the continent since the turn of the millennium.

“Nye stormakter i Afrika. Utvikling eller utbytting?”  edited by Elling N. Tjønneland, senior researcher at Chr. Michelsen Institute, is one of the first books to compare Chinese, Indian, Brazilian and South African relations with African countries. It also examines the implications of the emerging South powers’ entry into the African continent, for African countries themselves and for the Western powers.

–Norwegian politicians and aid officials now have to queue up to get access to African leaders, says editor Elling N. Tjønneland.

Managing opportunities
The entry of the South powers has created new opportunities, as well as new challenges for African countries. This may change the conditions for Norwegian engagement in Africa, but it may also open new arenas.

-Most African states are vulnerable and have little capacity and competence to manage and regulate the new wave of foreign companies competing for access to Africa’s resources. Norway needs to strengthen and further develop its’ cooperation with its’ African partners, as well as the South powers, says Tjønneland.

According to Tjønneland, the emerging South powers are driven primarily by commercial and corporate interests. They do not focus on governance and domestic issues.  The South powers are in general reluctant and cautious in their approach to such issues. This reinforces the need for support to capacity building of African institutions and public policy.

Forced to rethink
However, China and other South powers are increasingly forced to rethink many of their principles related to non-intervention. They need to find ways of protecting their commercial interests, and the need for political stability becomes important.

-China used to veto resolutions on UN-interventions in Sudan. This has now changed. China has gone from objecting attempts to intervene to become an important player, says Tjønneland.

The close connection to some of the world’s leading economies also harbours great potential for African countries.  Even though some projects have failed, others are stories of success. In Angola for example, the Chinese have contributed to large-scale renewal and expansion of infrastructure. China and the emerging South powers have become major players and funders behind the reconstruction of Africa’s infrastructure. 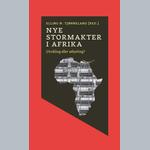