Ethiopia has been a constant source of headache for Norwegian aid politics for the last few years, due to the authorities’ decreasing respect for human rights and political opponents. Ethiopian authorities have also earned a reputation for exerting strong control over aid money, using aid to keep political control. In addition, Norwegian-Ethiopian relations took a severe blow in 1998 when the war between Ethiopia and Eritrea caused Norwegian authorities to temporarily stop signing new agreements with Ethiopia. The relationship reached a freezing point after Norway in 2000 decided to shift the focus from bilateral agreements to stability, peace and reconciliation in the region.

So why have not Norwegian authorities put an end to the troublesome relationship?

A fading star
Ethiopia has had a central role as an ambassador for African development led by Africans. The late prime minister Menes Zelawi was a charismatic spokesperson for African independence. Donors traditionally value initiatives from recipient countries, so Ethiopia has been considered a valuable aid partner. Now, Ethiopia’s role as a leader on the African continent is changing. The current prime minister Hailemariam Desalegn lacks Meles Zenawi’s charisma and authority. He has not managed to promote African values and independence like his predecessor, and has not gained the same international reputation. Yet, Ethiopia has several aces up their sleeve. The country might be a fading star on the African skies, but the capital Addis Abeba is still the main seat of the African Union and the country remains a crucial Western ally in the conflict ridden Horn of Africa. And it has a thriving economy.

-Ethiopia is now the second biggest country in Africa in terms of population size. The potential for reducing poverty, and hence get closer to one of the most prominent Millennium Development Goals, is enormous. Norway’s chances of contributing to achieve the MDGs are inextricably linked to countries like Ethiopia, says Lovise Aalen, senior researcher at the Chr. Michelsen Institute.

Will human rights tip the scale?
The country has seen unprecedented economic growth for the past few years; 10,1 percent since 2010. Many Ethiopians have escaped poverty. Ethiopian authorities insist that this is a result of measures taken by the government, rather than a result of aid interventions. From a financial point of view, Ethiopia is a success story. From a human rights point of view, the tale is completely different. In 2010, Human Rights Watch published a report concluding that aid is being used as a means of political control and oppression.

-The Ethiopian regime has established comprehensive networks for control on a local level, in which they use local and regional administration officials to enroll Ethiopians in the regime’s doctrine and to report those who are not loyal. Money from aid is fed into this system, says Aalen.

As a result of accusations of human rights violations, Sweden is no longer providing direct budgetary support to the Ethiopian government. According to SIDA, direct support to rural areas in Ethiopia is now complemented to an even greater extent by cooperation with civil society groups and the private sector. In 2013, Ethiopian authorities will receive an all-time high of 600 million NOK.

-The increase in Norwegian aid to Ethiopia reflects  an international trend in aid, with an increasing focus on socio-economic development in practice, and less focus on governance, and political and civil rights. Seen from this perspective, the Norwegian increase is not surprising. Yet, the grave human rights violations may tip the scale for the newly elected Norwegian government. The Norwegian Conservative Party has been harsh critics of the Ethiopian regime and has questioned Norwegian aid to the Ethiopian regime, says Aalen.

For the past few years, Norwegian aid to Ethiopia has revolved around climate, energy and socio-economic factors. According to Aalen, the narrow focus may backfire. –This perspective might turn out to be too short term. How will Ethiopians get an accountable and transparent government if political opposition continuous to be oppressed? Aid to Ethiopia must be considered in a long term perspective, and in this perspective, human rights are a crucial factor, says Aalen. 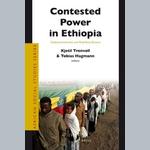 A revival of tradition? The power of clans and social strata in the Wolayta elections 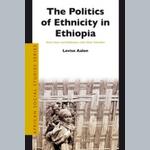 The politics of ethnicity in Ethiopia: Actors. power and mobilisation under ethnic federalism

Most governments in Africa, seeing the political mobilisation of ethnicity as a threat, have rejected the use of ethnic differences as an explicit basis for political representation. The one prominent...
Lovise Aalen (2011)
Leiden: Brill (African Social Studies Series no. 25) 214 p.