Nepal has seen broad economic growth since the mid-80’s. There has been a real per capita income growth of 2 percent every year. In this period, poverty has decreased correspondingly. National living standard surveys show that poverty has been reduced all over the country, and that inequalities between the different castes and ethnic groups have diminished.

Lack of labour boosts wages
The steady economic growth, which in Nepal has continued independent of democracy, war and upheavals, is one of two main contributing factors to the poverty reduction. The second factor is labour migration.

Labour migration is not a new feature in Nepal. The poor have migrated for decades, primarily to India, where wages have been only marginally better than in Nepal. The new phenomenon is that the non-poor have started to migrate. The majority go to the Gulf States where wages are better than back home. There is now a steady inflow of money being sent from migrant workers to their families in Nepal.

-Increasing labour migration has caused a lack of labour in several sectors Nepal. Young, able men are no longer there to work on their farms. This has caused a need for labour in the agricultural sector, says Hatlebakk.

The money flowing in from migrant labourers has also spurred a greater demand for labour in the construction sector. An increasing share of Nepalese spend Gulf-money on houses, and the booming construction sector is now forced to pay more for unskilled labour than they did only a few years ago. This has contributed to a general increase in the wage level, and by that a reduction in poverty.

Countries facing big scale labour migration are sometimes hit hard by the negative consequences of brain drain. The majority who migrate to the Gulf states are young men who are better educated than the average Nepalese. Yet, Hatlebakk doubts that the increasing number of labour migrants represent a problem to Nepal’s ambitions of developing an industrial and technological sector of their own.

-Although the labour migrants have some degree of education, they are mainly unskilled. The skills they pick up abroad will be an asset when they return to their home country, says Hatlebakk.

Greasing the wheels for further decline
There are few signs that the Nepalese economy will come to a halt. The growing economy will most likely spur further decline in poverty. Yet, even quicker results in poverty reduction could be attained with targeted policies. Hatlebakk points to law and order as a continuous challenge, threatening stability and further economic growth. Kidnappings, mafia activities, corruption and numerous strikes make business activities risky.

Safety concerns is also on top of the agenda for poor Nepalese families, although on a different level. Completely lacking any of the welfare state’s safety nets, poor Nepalese families have little or no chances of coping with unforeseen events. Illness have far-reaching and dramatic consequences for the majority of Nepalese families. More often than not, they have to raise expensive loans to cover the costs of hospitalization.

-Subsidised hospital treatment will have positive effects far beyond the concrete medical problems. If you are not poor at the outset, illness may make you poor. Far too little foreign aid goes into the health sector in Nepal. There are few incentive problems related to serious illnesses, which means excellent possibilities for targeting, says Hatlebakk.

Targeted policies can also be an alternative in other sectors, like nutrition, employment and schooling, where Nepal can learn from India''''s experiences, positive and negative, with food subsidies and employment guarantees.

-Nepal can learn from India’s public safety nets. For the past decade, India has operated an employment guarantee for all rural households, and is now in the process of replacing food subsidies with a universal right to food, says Hatlebakk. Nepal shall not necessarily copy India, but learn from positive and negative impacts of these policies.

Yet, Nepal’s main challenge is also inextricably linked to India. Lack of electricity is a major impediment to industrial development in Nepal. Building transmission lines from India to Nepal could solve the problem, but the construction has proved difficult to realize.

-The poor quality of roads is also an issue, but donors have funded many projects over the past few years, and the standard is improving. The main challenge remains the planning and construction of transmission lines. This challenge has a clear political edge to it, and Nepal has always been very cautious in its relations to India. There has been little pressure, and any solution to what is actually one of Nepal’s main challenges seems far off, says Hatlebakk. 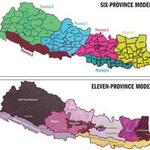