The European Parliament report commissioned from U4 earlier this year, points out that development aid is a blind spot for EU anti-corruption efforts. After U4 advisors Johnsøn and Taxell presented their findings to the European Parliament´s Committee on Development on 14 July 2015, the Parliament showed commitment to keep pushing the concern, and invited U4 back to speak at the ACP-EU Joint Parliamentary Assembly meeting on 25 September.

The message was that the EU does not prioritise anti-corruption measures enough – in proportion to the amount development aid they pay out. More in-house expertise, expenditure control, due diligence, and spot checks would lead to less corruption in EU development programmes. Since much funding is implemented by recipient governments and local actors, the EU also needs a coherent anti-corruption strategy that stretches beyond their own organs and neighbourhood.

Amidst pleas to promote tobacco trade and sustainable tourism, ACP parliamentarians added a clear message in support of U4’s latest presentation: their own institutions are not fit for effective financial control of the estimated staggering amounts of complex illicit financial flows – their lost development opportunities.  The ACP delegates repeatedly referred to the Mbeki report (of the High Level Panel on Illicit Financial Flows from Africa) in their calls for more EU action. The Zambian representative confirmed that they are taking steps to address illicit financial flows (IFF) and need stronger administrative capacities to do so, but stressed that the bulk of the solution should come from outside Africa. Above all, they want development partners like the EU to deal with their own financial secrecy jurisdictions.

“We are responsible for our own weaknesses” – the DRC parliamentarian said. To deal with corruption and IFF, DRC and other ACP countries want actors like the EU to come in and help. But take-it-or-leave-it-reforms are too often imposed upon them from outside as though they did not have their own national experts. Extradition, prosecution, and repatriation in IFF cases can only happen through collaboration between developed and developing countries. With this vision in mind, the EU should work with other donors to support the establishment of strong local systems for corruption control. This includes government systems on audits, procurement, and open budgets. Many countries also lack social accountability mechanisms that enable watchdogs and citizens to check the state – another needed component in an EU anti-corruption strategy.

The European Commission representatives from the department of budget support and public finance seemed hesitant to the report findings at the first presentation in July. At the joint ACP-EU meeting of parliamentarians, however, they went much further in embracing U4’s findings, and the need to support development partners more in building stronger national integrity systems. The Commission pledged to increase its efforts to support countries in developing administrative capacities to mobilise domestic taxes and prevent transfer pricing, improve systems for public investment and procurement, and set up strong mechanisms for anti-corruption collaboration with each partner.

The Commission has invited U4 advisors to train EU Commission staff in corruption risk management. This is a step in the right direction to do what it takes to assist staff in national institutions who are tired of being outmanned by corrupt interests at home and abroad. 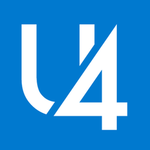 Adviser on anti-corruption/governance, measurement and evaluation