The Colombians rejected the peace agreement. Is the vote a ‘no’ to peace?

In a landmark referendum on 2 October 2016, Colombian voters rejected the carefully negotiated peace agreement between FARC and the government. News media all over the world reported on shocked and devastated Colombians. Opinion polls over the weeks prior to the referendum had consistently implied the same result; a clear ‘yes’ to the peace agreement. Some polls showed nearly 75 percent in favour of ‘yes’.

-The result came as a shock even to the groups that had advocated for a ‘no’ prior to the referendum, says Elin Skaar, senior researcher at the Chr. Michelsen Institute.

‘No’ to impunity?
So what happened? Skaar stresses that the Colombian ‘no’ to the peace agreement should not be interpreted as a rejection of  peace.

- The opponents’ main point has all along been that they are disatisfied with the part of the peace agreement that deals with punishment of FARC members for the massive human rights violations committed during the almost 70 years’ long internal armed conflict in Colombia. Their ‘no’ has been a no to impunity for perpetrators of crime and violence during ‘La Violencia’; the longest lasting civil war in Latin America. After the referendum, the Colombian people are now stuck with a solution that no one really wants, says Elin Skaar, senior researcher at the Chr. Michelsen Institute.

The question of punishment versus impunity has been one of the most difficult issues in the Colombian protracted peace process. The population has been scarred by gross human rights violations. More than 220.000 people have been killed and around 6 million people have been internally displaced as a consequence of the civil war. What complicates matters even further is that all parties to the conflict have used extensive force and violence. The state military, paramilitary groups, and FARC have jointly caused tremendous civilian suffering.

The peace agreement entails the establishment of special courts to try the crimes that have been committed during the conflict. FARC members, if found guilty, do not have to serve time in prison. Instead they can be sentenced to 5-8 years of community service and imposed restrictions on free movement. This part of the peace deal has caused a lot of controversy.

The debate regarding punishment versus impunity for past human rights violations is not distinct for Colombia though, stresses Skaar, whose latest book focuses on transitional justice mechanisms in Latin America. Transitional Justice in Latin America: The Uneven Road from Impunity towards Accountability demonstrates that how to deal with past human rights violations has been one of the most pertinent questions across Latin America since the early 80’s when the first states started on their journey towards peace and/or democracy after decades of civil war and dictatorship.

What is unique about Colombia in the Latin American context is that questions about punishment and impunity, reparations, and restorative justice have been prominent questions throughout the last peace process, argues Skaar. In most Latin American countries transitioning from dictatorship to democracy or from war to peace, amnesty laws precluding criminal punishment for human rights perpetrators have either been implemented prior to or right after the signing of peace agreements, or the first democratic elections ending periods of military rule.

Low voter turnout
Even though the peace agreement has been vigorously debated in Colombia, only 37 percent of eligible Colombians cast their vote in the referendum. Less than 54.000 votes out of almost 13 million ballots separated the ‘yes’ votes from the ‘no’.

Skaar also questions the political judgment behind the decision to call a referendum on the agreement. According to the Colombian constitution, no referendum was needed.

-President Juan Manuel Santos wanted visible proof to show that the population backed him. Instead, his decision backfired, and now he has lost a lot of public support. A ‘yes’ or ‘no’ vote to peace - especially without requirements for a minimum degree of participation – should not be subject to a referendum. This needs to be a political decision, says Skaar.

Ever since 2000, amnesty laws protecting human rights perpetrators have been challenged all over Latin America. In Argentina, the number one protagonist when it comes to dealing with past human rights violations through transitional justice mechanisms in Latin America, the two amnesty laws have been annulled. In Chile, the amnesty law is in practice a ‘dead’ law. Time passes and people in power are replaced. Questions of punishment and impunity become less sensitive. Yet, historical trajectories in Latin America give testimony to the troubles of dealing with the past.  The Colombian ‘no’ is not a ‘no’ to peace, but a no to impunity for past human rights wrongs. 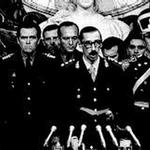 The courtroom has become an increasingly common meeting place for retired military officials, and victims and their families who have suffered various forms of abuse at the hands of the...
Elin Skaar (2016)
Bergen: Chr. Michelsen Institute (CMI Insight no. 2) 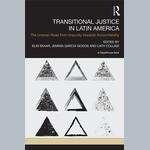 This is the first book to comprehensively and systematically trace the trajectory from impunity towards accountability for past human rights violations in the Latin American region. Based on rich historical...
Elin Skaar, Jemima Garcia-Godos, and Cath Collins (2016)
London and New York: Routledge (Transitional Justice Series)