Drivers of child marriage and how to make it stop

The majority of child brides lives in Asia, but the countries where the practice is most common are predominantly in Africa. Sudan is one of the African countries where child marriage is disconcertingly common. In close cooperation with Samia El Nagar and other colleagues associated with CMI through our Assisting regional universities in Sudan (ARUS) programme, our research director Liv Tønnessen has been studying the drivers of child marriage in several states in eastern Sudan for the past few years. They have mapped prevalence, traditions and norms, attitudes and interventions in Kassala, Algadaref and the Red Sea state.

Child marriage has received more attention in Sudan after the country presented its Universal Periodic Report to the UN in late 2016. It is also increasingly becoming part of the public agenda mainly due to the work on reforming the Muslim Personal Law from 1991. Yet, the research team has found that in the states they have studied, the number of child marriages is still discouragingly high. In Kassala and Algadaref almost half of the women now between 20 and 49 were married before they turned 18.

But there are also interventions that succeed, and there are signs that the prevalence of child marriage is slowly declining in some parts of the world. The main lesson for ending child marriage is: empower girls, mobilize the communities and families, provide girls and their families with the services they need, and change the policies and laws.

Read our reports and briefs for more information about our research on child marriage. 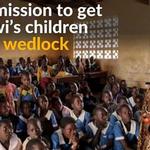 The Monkey Cage at the Washington Post: Why Campaigns to Stop Child Marriage Can Backfire 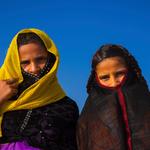 A new understanding that educating girls' does not constrain their marriage potential is emerging in eastern Sudan. Girls who continue their education and their families are role models who challenge...
Liv Tønnessen and Samia al-Nagar (2018)
Bergen: Chr. Michelsen Institute (Sudan Brief no. 2018:01) 4 p. 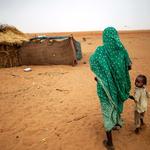 Community Views on Child Marriage in Kassala: Prospects for Change 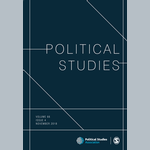 Legislating a minimum age of marriage at 18 has stirred counter-mobilization in some, but not all, countries where religious or traditional institutions enjoy constitutional authority. To explore differences between states...
Ragnhild L. Muriaas, Liv Tønnessen, Vibeke Wang (2018)
in Political Studies, first published online: December 1, 2017 vol. 66 no. 4 pp. 851-868 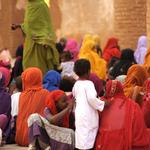 There are several causes that contribute to child marriage in eastern Sudan, including poverty, lack of education for girls, avoiding stigma and the legality of child marriage. However, tradition and...
Liv Tønnessen and Samia al-Nagar (2018)
Bergen: Chr. Michelsen Institute (Sudan Brief 2018:02) 4 p.

Women give their perspectives on peace in East Sudan

Peace on the Horizon for Sudan?