Norway has promised to intensify its efforts against female genital mutilation. A new report shows that the efforts are crowned with success.

According to the Norwegian government’s Strategy for intensifying international efforts for the elimination of female genital mutilation for the period 2014-2017, Norway’s ambition is to ‘work to ensure that no girls are subjected to FGM, and that those who already have been are given the best possible care. The strategy commits to intensify Norway’s efforts fighting FGM by providing political, technical and financial support to actors who work on eliminating FGM.

These are undoubtedly high ambitions. Are they too high?

Prioritizing bigger actors and long-term support
So far, the government seems to have delivered on its promises. On assignment from Norad, CMI-researcher Joar Svanemyr has evaluated the Norwegian FGM strategy. The report is launched in Oslo today on the International Day of Zero Tolerance to Female Genital Mutilation. He concludes that the efforts in strengthening the work against FGM are efficient, but warns against resting on one’s laurels.

In 2015, an estimated 3.9 million girls were cut, and because of population growth, this number is projected to rise to 4.6 million girls in the year 2030 unless efforts to end FGM are intensified. This prediction is at odds with the Sustainable Development Goal call for an end to FGM by 2030.

-The number of girls who are subjected to FGM has decreased in several countries where organisations supported by Norway work, but there is still a need for long-term commitment to change attitudes and build competency, says Svanemyr.

The government’s channels and partners have all documented promising results. Moreover, the chosen partners use approaches that are in line with what is now widely seen as best practice. To tackle FGM and change attitudes, the battle has to be fought on several arenas, like pushing for legal reform, raising awareness, and mobilizing community leaders and politicians.

-Norway has been one of the main contributors to the UNFPA-UNICEF Joint Programme. This is an initiative that has been of great importance when it comes to mobilizing political will and documenting good practices. They have documented and systematized FGM data and have worked actively towards governments in countries where FGM is common practice, says Svanemyr.

He recommends several approaches that can contribute to continued success for interventions and programmes designed for eliminating FGM. One of them is continuing support to precisely the joint UNFPA-UNICEF programme and the WHO programme, which is aiming at strengthening the health sector’s contribution to prevention of FGM as well as treatment and care for women living with FGM.

According to Svanemyr, a strategy focusing more exclusively on the bigger actors could pay off as opposed to spreading financial support evenly on smaller organisations.

-There is an enormous need for better procedures for monitoring and reporting, and the bigger organisations have more capacity and prioritize this field, he says.

Revealing the hidden figures
Svanemyr stresses the importance of better monitoring and reporting procedures. The figures show that FGM is declining worldwide, but data collection, ethics, self-censorship and stigma contribute to muddy waters.

-The data collection is based on self-reporting. This makes it hard to prove cause and effect of FGM interventions and programmes. It is very likely there are hidden figures. When parents are asked if they had their girls cut, they might be reluctant to admit it knowing that it is not the correct answer, says Svanemyr.

Juggling different terms for FGM can also contribute to skewed statistics. Ethiopia and Somalia are pilot countries in Norway’s efforts to eliminate FGM, a strategy Svanemyr recommends to continue and perhaps even expand. These two countries’ FGM practices illustrate the challenges of counting and reporting FGM, and proves the importance of approaches adapted to different contexts. While Ethiopia has banned FGM altogether, Somalia has only banned the most extreme form of FGM, infibulation.

-This partial ban in practice means that many circumvent the ban. Infibulation is still performed, but by referring to the procedure as sunna, which is still allowed, the ban is efficiently revoked, says Svanemyr.

-The goal is zero tolerance. If that is to be achieved, murky distinctions between small, bigger and extensive FGM practices simply do not belong in the picture, he says. 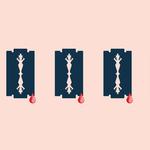