In July and August 2019, CMI’s PhD candidate, Robert Forster, completed his pre-survey field trip to Tripoli, Lebanon, as part of the URBAN3DP project led by Are Knudsen (CMI). Tripoli is one of the eight cities adopted as case studies by the URBAN3DP research project, which seeks to provide evidence-based policy-focused research on area-based responses to refugee influxes in urban areas in the Middle East. As the second largest city in Lebanon, approximately one in six residents in Tripoli are Syrians who left Syria after the conflict escalated in 2012. Now they form an integral part of the urban fabric of the city and live side-by-side with their Lebanese hosts.

The focus on the field trip was three-fold including familiarizing himself with Tripoli and its urban geography, meeting with potential research participants and partners, and familiarizing himself with spoken Lebanese. Over the next three years, Robert’s research will be specifically looking at humanitarian programming and refugee governance as part of the URBAN3DP project with Tripoli as his primary case study.

Read more about the project here. 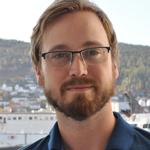 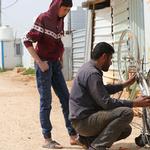