The complexity of religious domination

The story of religious minorities in the Middle East instantly evokes images of Christians struggling to maintain their freedom of religion in a Muslim stronghold.

-We hear stories of oppression and brutality. Religious minorities no doubt experience discrimination, but the picture is more complex than it seems, says Anne Sofie Roald, associated researcher at Chr. Michelsen Institute.

Roald and Anh Nga Longva, the University of Bergen, have co-edited  “Religious Minorities in the Middle East. Domination, Self-Empowerment, Accomodation”. This recently published book nuances the question of religious domination, past and present. Belonging to a religious minority is not only a question of being challenged and oppressed, but also of mobilizing internal and external resources to face and defeat challenges and oppression.

Activist approaches
Religious minorities in the Middle East cover a wide system of beliefs, from the Christian minority in Jordan and the Bahai in Iran, to the Muslim shia-minority in Saudi-Arabia. The Bahai in Iran and the shia in Saudi-Arabia are undoubtedly amongst the religious minorities who face grave oppression, according to Roald. However, some religious minorities are in a position to actively choose strategies of resilience and self-empowerment. The Christian Copts in Egypt rely heavily on the diaspora for financial support.

-The Egyptian Copts depend on their connections to the outside world for financial power. They are also backed by influential lobbyists abroad. Internally, they have succeeded in establishing a dialogue with the regime, says Roald.

Nevertheless, the Copts are from time to time attacked. There have been incidents of arson and beatings. Money and dialogue does not provide protection from conflicts along dividing lines that might embody more than questions of religious domination.

According to Roald, oppression and discrimination in Sudan  is not so much a matter of religious domination, as a matter of ethnic dividing lines and the former conflict between the north and south.

- The desolate situation of minorities like the Bahais in Iran opposed to the active self-empowerment strategies of the Christian minority in Jordan and the Copts in Egypt, vividly illustrates the complexity of religious domination, says Roald. 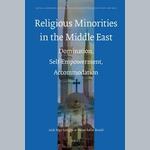 The relationship between religious majorities and minorities in the Middle East is often construed as one of domination versus powerlessness. While this may indeed be the case, to claim that...
Anh Nga Longva and Anne Sofie Roald, eds. (2012)
Leiden/Boston: Brill (Social, economic and political studies of the Middle East and Asia vol. 108) 369 p. 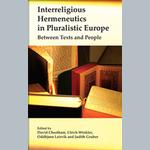 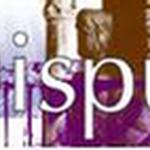 Multiculturalism and pluralism in secular society: Individual or collective rights?

This paper discusses multiculturalism in view of collectivistic cultural  structures in immigrant communities. Women in religious minority  communities are ruled according to collectivistic structures when it comes to marriage, divorce,...
Anne Sofie Roald (2011)
in Ars Disputandi : The Online Journal for Philosophy of Religion vol. 5 pp. 147-163 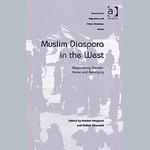 Multiculturalism and religious legislation in Sweden

In view of the growing influence of religion in public life on the national and international scenes, Muslim Diaspora in the West constitutes a timely contribution to scholarly debates and...
Anne Sofie Roald (2010)
in Haydeh Moghissi and Halleh Ghorashi, eds.: Muslim diaspora in the West. Negotiating gender, home and belonging. Surrey/Burlington: Ashgate pp.55-72 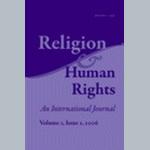 Islamists in Jordan: Promoters of or obstacles to female empowerment and gender equality?

This study deals with the Muslim Brotherhoods’ reception of CEDAW (Convention on the Elimination of All Forms of Discriminations against Women) in Jordan. In view of the Arab Human Development...
Anne Sofie Roald (2009)
in Religion and Human Rights. vol. 4 no. 1. pp. 41-63