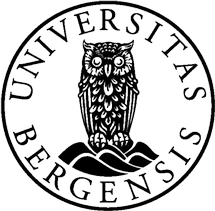 Chr. Michelsen Institute (CMI) and the University of Bergen Department of Comparative Politics have received seed funding from the CMI-UiB partnership fund to pursue the development of a research group and funding application on the topic of the political impacts as well as the research and practical potential of new digital technologies. This initiative is headed by Arne Strand (CMI – project leader), Kristin Strømsnes (UiB – project leader), Per Aarvik (CMI), and Kendra Dupuy (CMI).

What effects do communication technology tools have on shaping political events and processes? Recent years have seen the emergence of a number of new information technology tools such as big data and social media that have influenced political dynamics and outcomes worldwide. Social media applications helped to fuel the Arab Spring protests and regime turnovers in the region, influenced the peaceful outcome of the 2015 Nigerian presidential elections, and helped to increase political participation in states around the world. Big data and mapping technologies helped to shape the international and domestic political responses to the West African Ebola epidemic and the Nepalese earthquake, improved government responsiveness in public service delivery in rich and poor countries alike, and have helped poor but resource-rich states to increase revenues from their natural resource sectors.

These new digital tools themselves represent a technological revolution, and are at the same time revolutionizing politics in many developing countries. They promise great potential for mobilizing people, ideas, and resources in new and profound ways that could contribute to improving the welfare of millions of people. Yet their very novelty also means that little knowledge exists about the conditions under which particular types of tools have particular types of effects, and what effects they may have in the future. These are important questions to answer, given that there are high expectations for – and many unproved claims about – the power of digital technologies to, among other things, increase democracy as well as citizen participation and voice, alleviate poverty, and improve human rights.

To fill this evidence gap, this project aims to assess the forms and effects of the digital revolution in a two-step process of mapping out the various technological interventions and systematically testing their political and applied impacts across a number of key issue areas. These areas are the following: humanitarian relief delivery during crisis, conflict, and disaster situations; the quality of government responsiveness, accountability, and service delivery; development aid effectiveness, including tools for monitoring and evaluation; natural resource governance; and the nature and achievements of citizen-level social movements, contentious politics, and broader social relations.

This application represents the first step in an effort to establish a research group that will sit at the forefront of international scholarship on digital technology’s political and applied impacts. The project further aims to assess the applied potential of new technological tools as methods of data collection within social science research. These tools are producing new types of data that can help scholars to better understand the basic patterns of political activity, including the organization of politically-oriented collective action, state allocation of resources, and the creation of group cohesion and identity over time and space. They can also be important tools for citizen engagement, whether for mapping of needs for, and delivery and quality of, humanitarian or development assistance, or for monitoring elections and mapping and mobilizing of groups of citizens such as women and youth. A more systematic understanding of the possibilities and limitations of these tools for research purposes is needed in order to put these tools to best use. This includes improved understanding of the potential risks related to collecting and handling of such data, such as the high personal risk entailed in collecting data in conflict situations as well as the societal risk of data being used for intelligence purposes or to violate basic human rights.

The second step involves holding a two-day workshop in November 2015 to finalize mapping of the forms of digital technology, to present papers and proposed research designs on the political effects of the various technological tools, and to chart their potential for applied use in social science research. This workshop will allow the invited participants to formulate a Norwegian Research Council funding application for 2016. The workshop and funding proposal will involve scholars from CMI, the University of Bergen, other Norwegian research institutions such as the University of Kristiansand, and scholars and practitioners from other international institutions, including those based in the Global South.

As part of the workshop event, we will also hold a public event on the topic of digital technology’s political impacts and research frontiers at Literature House in Bergen. The workshop participants will give short TED-style talks on topics from their areas of expertise and will further participate in a panel discussion. This event will be recorded and made available on the internet.

How to make sense of a billion Tweets?