The pastoral sector in Sudan in general and in the Blue Nile State in particular has been marginalized and impoverished as a result of detrimental state policies, deteriorating environmental conditions and encroaching civil war. In order to survive these assaults, poor households among the Rufa'a al Hoi ethnic group were the first to settle and engage in activities only remotely related to the pastoral sector. Although they did so to survive, they found that their circumstances actually improved by gaining access to a number of services previously unavailable to them, such as education, health clinics and clean water. Contrary to the conventional wisdom--that pastoralists forced to settle then accumulate capital in order to return to their pastoral livelihood--these particular Rufa'a households found their quality of life better in their new circumstances and did not attempt to return pastoralism. In recent years, such choices attracted other pastoralists from the same ethnic group, even well-to-do households, to settle, engage in agriculture and small business, keep some of their livestock on the move with herders and transform their way of life, having in mind the benefits that might accrue to future generations. 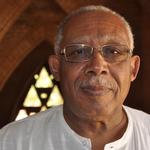 The Pastoral Fulbe in the Sudan Funj Region. A study of the interaction between State and Society