What does social science literature tell us about economic incentives for peacebuilding? A variety of such incentives exists in post-civil war situations. This synthesis reviews research on incentives that relate to foreign aid and state building, allocations to conflict-affected groups such as ex-soldiers and war victims, and aid coordination. It also identifies implications from this literature for peacebuilding policy. 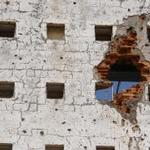 Explaining Variation in Violence after Civil War: A Comparative Analysis of Angola & the DR Congo

Explaining Variation in Violence After Civil war: A Comparative Analysis of Angola (2002-2009) and the Democratic Republic of Congo (2003-2010)