This brief presents the main conclusions from the fourth in a series of six studies monitoring and evaluating Mozambique’s poverty reduction strategy PARPA II by using a combination of quantitative and qualitative data. It analyses the constitution and dynamics of poverty and well-being in the rural district of Murrupula in the Nampula Province, by revisiting four local communities and a total of 120 households three years after an initial study in 2006. The main conclusions presented below will be measured up to and compared with similar studies in the City of Maputo (2007-2010) and the District of Buzi (2008-2011) to get an overall picture and a basis for recommendations for the upcoming poverty reduction strategy. 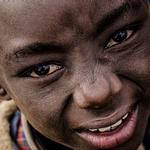