Good governance in Nigeria: A study in political economy and donor support

The study makes recommendations for Norway’s strategic approach to governance in Nigeria based on a political economy analysis.  Norad was requested to undertake the study by the Norwegian Embassy in Nigeria. Senior researcher Inge Amundsen of CMI was in charge, assisted by L. Adele Jinadu, professor of political science, University of Lagos, and senior researcher Tina Søreide, CMI.

The report was based on a review of existing material with supplementary information and “reality check” through fieldwork in Nigeria. The report presents a political economy analysis of Nigeria, a synthesis of donor support in the area of governance and recommendations to Norway.

The study was concentrated to the two major areas where Norway is involved, and assumed to make a difference, in governance, that is, management of the oil resources including revenues from the oil industry and people’s participation and influence in public decision-making through civil society organisations and democratic elections. Nigeria is heavily affected by the so-called resource curse, rent-seeking and elite capture of the state. Despite an estimated USD 400 billion in oil income since independence in 1960, the country has experienced five military coups, a civil war, very poor economic development and very skewed distribution of wealth. Corruption pervades all levels of government.  The population is more impoverished now than it was 50 years ago.

The population experienced some political will to fight corruption and improve governance in the early years of the century. The condition for macro-economic growth is today the best it has been for the past 20 years.  There are expectations that the vice-president who took over when the president of the country died in early 2010 will secure free and fair general elections which are scheduled for April 2011.

The report recommends that Norway in the short term contributes to getting the 2011 elections right, as recommended by observers and activists in Nigeria. That includes reconciliation and violence prevention, as well as proper procedures for free and fair elections. In the long-term Norway should continue its support of Nigeria in the management of the petroleum resources. The objective should be to stem the resource curse through increased accountability, transparency and control in government.  This could be done through the Norwegian Oil for Development program and Petrad training program, UN agencies, and other organisations such as the Extractive Industries Transparency Initiatives (EITI).

The final report, Good Governance in Nigeria: A Study in Political Economy and Donor Support, is published by Norad here. 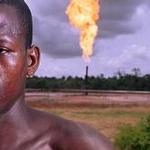