Perceptions of per diems in the health sector: Evidence and implications

This study details the perceived benefits, problems, and risks of abuse of per diems and allowances in developing countries. Drawing on 41 interviews with government and nongovernmental officials in Malawi and Uganda the report highlights how practices to maximize per diems have become a defining characteristic of many public institutions and influence how employees carry out their work. Per diems have many negative effects, increasing costs and inefficiencies and creating opportunities for abuse. Any attempt to reform such practices must start with a clear understanding of the incentives for abuse and adopt multifaceted strategies. Introducing tighter financial controls and enhancing transparency in policy implementation may help to reduce abuses, but is unlikely to be sufficient. As per diems have become de facto top ups of salaries, more fundamental reform of health worker incentives and payment is also needed.
We find that respondents voiced many discontents about per diems, stating that they create conflict among staff and contribute to a negative organizational culture where people expect to be paid for all activities. Work practices are manipulated by slowing work, scheduling unnecessary trainings, or exaggerating time needed in order to maximize per diem revenue. Other abuses involve embezzlement and workshop-related fraud. Abuses were more common in the government sector due to low pay and weaker controls, and per diems were perceived to unfairly provide advantages to already better-off staff.

Addressing corruption through sector approaches: Exploring lessons from the Moroccan anticorruption strategy for the health sector 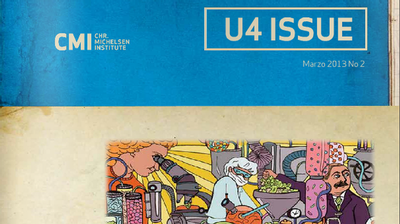 Delivery strategies for malaria chemoprevention with monthly dihydroartemisinin-piperaquine for the post-discharge management of severe anaemia in children aged less than 5 years old in Malawi: a protocol for a cluster randomized trial