The delivery of NCA

Haydom Lutheran Hospital (HLH) opened in 1955. HLH is owned by the Evangelical Lutheran Church of Tanzania (ELCT), Mbulu Synod, but for decades, HLH has relied primarily on financial support from the Norwegian government through the Ministry of Foreign Affairs. The support was until 2014 channeled through the Royal Norwegian Embassy (RNE) in Dar es Salaam. From 2015, the management of the fund was transferred to Norwegian Church Aid (NCA). The total grant from Norad under the current four-year agreement is NOK 56 million. The four-year program managed by NCA has focused on supporting HLH to gradually sustain itself through expanding its revenue base, with the aim of reducing HLH’s dependency on a single donor (Norad) while maintaining the quality of services. HLH has committed to reducing overall budget dependence on Norwegian government grants from 47% in 2014 to 22% by 2018.

HLH has been able to maintain the quality of its services. It has a very solid reputation in the population and among government officials for offering services of a superior quality as compared to other hospitals in the region and beyond. Important steps to further improve the quality has been taken which have resulted in an advancement from level two to level four in the SafeCare accreditation system. Based on the SafeCare criteria, HLH is among the best performing Faith-based Hospitals and better than all government owned Regional Referral Hospitals. The hospital has continued to strengthen its Quality Improvement Team (QIT). The hospital is missing a proper performance indicator framework. Death rates and length of stay has been quite stable over the last years. A small increase in death rates from 2016 to 2017 can be due to external factors but also increased fees and other internal factors. The hospital continued to retain their qualified staff despite of challenges due to the decline in Norwegian support and uncertainty about government support.

The hospital has retained its original principles of serving the poor but has introduced some measures to compensate for reduced funding, including increased user fees in. The utilization of services does not seem to have been much affected but for a number of services the number of clients went down from 2016 to 2017. The management claims that this is due to improvements in surrounding health facilities, but it may also result at least in part from the increased fees and introduction of a pre-pay system.

The hospital has not been able to reach the goal of reducing the donor dependency on Norad to 22% by 2018. Over the last five years the dependency has been halved from approximately 60% to approximately 30% which is a commendable achievement. It has, however, come at the cost of large deficits for a number of consecutive years, reduced capital funds, and inability to invest in maintenance and renovation of the infrastructures. The situation is now very critical. To keep up the quality of the services and the ability to serve an equal number of clients the hospital will continue to rely on support from Norad and other external donors if they can be found. It is clear, however, that there are few donors – if any - who are willing to provide flexible core funding. The possibility of scaling up income generating activities is being considered, but it will take years before they can yield any profit. Anyhow, local business in a place such as Haydom is not likely to generate enough profit to become a substantial source of income. A further reduction of this donor dependency seems mainly to be in the hands of the government.

The program period has been a phase of transition in several ways. In addition to reduced funding, the position of hospital director has successfully been transferred from a Norwegian to a local Tanzanian. In terms of institutionalization this a significant development as it strengthens local ownership. The management has been strengthened through various training activities organized by NCA and CSSC, supportive supervision by NCA, and the engagement of an advisor to the MMD by the Friends of Haydom. The various initiatives are appreciated and have allegedly resulted in better routines, a better distribution of responsibilities, and a better understanding of the roles and responsibilities of the management. There may be a need for a more continuous support from a person or an organization with specific competence in hospital management and priority setting in resource poor settings.

The Board has received training organized by NCA that allegedly have improved the member’s understanding of the Board’s role and focus. However, there is a need to reconsider the Board’s composition in order to ensure sufficient capacity for strategic decision-making and defining long-term priorities and visions, and to respond more effectively to the needs of the management.

HLH’s strategy for advocacy is laid out in project document and expanded and incorporated in annual work plans. HLH has been involved in a substantial number of advocacy activities. Visits of and meetings with key officials seem to have left a number of promises for improvement of the hospital such as increasing the number of health professionals, increasing the availability of medicines and supplies, and electrical supply to the hospital water source and water project. HLH has undeniably succeeded in building a stronger awareness of its existence and plight at regional and national government level and HLH has been more successful than other hospitals in getting staff on government payrolls. Still, most of the promises are yet to be implemented.

HLH has made a number of innovations. In collaboration with Laerdal Global Health, it has contributed to the development of a fetal heart monitor named Moyo, and a neonatal resuscitation bag mask. In terms of good and promising practices, HLH has many lessons to share in terms of offering medical services of quality that are timely, efficient and provided with respect for the patient. Some notable efforts have been made to share these lessons through training offered to facilities and hospitals in the district and the regions, receiving visiting doctors and nurses both from Tanzania and other countries, and through presentations in conferences.

The delivery of NCA

In collaboration with Diakonhjemmet Hospital in Oslo, NCA has provided training in leadership, governance, clinical pathways, team work and conflict management. In addition, NCA has given continuous supervision and mentoring and been an active partner in discussions with the management. Compared to the previous agreement, where HLH received support directly from the RNE, the partners agree that this is a much better setup. The support from NCA is much appreciated and has reportedly resulted in a number of improvements in budget control, fund raising activities, etc. However, NCA should consider involving a partner with more specific competence in medical and health management, which can adapt and contextualize the training and supervision to a hospital operating in a resource poor setting.

NCA has contributed to advocacy through facilitation of HLH networks and relations with a range of actors in Norway and the RNE, building relationships with the members of parliaments, and involvement in various strategic donor cultivation meetings and by engaging in dialogue with the hospital owner (ELCT Mbulu Diocese) on governance issues. They also do advocacy through the Interfaith Standing Committee and CSSC. For a faith-based hospital, NCA’s position and network among religious institutions and organizations do seem to be a considerable asset. NCA has not been successful so far in identifying other donors that can contribute substantially to the hospital’s budget, which must be understood in the light of the fact there are few actors internationally who provide support for running costs for hospitals. The main achievement in this area appears to be the improvement of proposals and routines for resource mobilization.

In terms of replication, NCA has through its network invited groups of midwives from South Sudan, Sudan and Ethiopia to come to HLH to learn from the way the hospital works, and they are reported to have been very impressed. NCA has also facilitated training provided by HLH on saving mothers and babies during delivery. Otherwise, NCA’s contribution to innovation and replication seems to be modest.

For NCA and Norad, the main recommendation is to continue funding the hospital at a level that should be at least as the same level as for the last year of the current agreement. It needs to be kept at this level for at least two years before further reductions to allow the materialization of alternative funding to fill the gap. A further reduction will force the hospital to cut expenses that are likely to seriously compromise the range and the quality of the services.

There is a critical need to develop a more concrete plan for how to further reduce dependency on Norwegian funds on a longer term based on an analysis of the hospital’s functions, sources of income and national and international funding trends for the health sector. Efforts must continue to identify alternative funding sources, including donors who can sponsor equipment and infrastructure investments.

HLH has reduced the dependency on Norwegian funding from 60% to 30% over a period of four to five years while maintaining the quality and the range of the services. Even if this has come at the cost of budget deficits and lacking investments in infrastructures and equipment, it is a major achievement. The four years period of support was understandably not enough to enable the Tanzanian governance team of the hospital to settle and create a foundation capable of maintaining the quality delivery of services and improve further while at the same time reducing substantially the dependency of Norwegian support. Improvements in the financial control systems and management routines and higher level of quality accreditation, are testimony to a positive development laying a solid foundation for further progress. 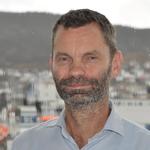