Empirical critiques of human rights have reached a crescendo. Despite their centrality in late modernity, human rights face claims of irrelevance and predictions of demise. These social science–inflected assessments follow a familiar repertoire of critique. Concerns surrounding sociological legitimacy, material effectiveness, and distributive equality are foregrounded and undergirded by a growing body of empirical evidence, especially in sociology, political science, and anthropology but also in economics and social psychology. However, the critique has also catalyzed a counter-critique. A contending body of evidence accompanied by mid-level theorizing suggests that the turn to human rights has been more successful than imagined. This paper argues that it is difficult to reach any definitive conclusion given the role of normative biases in the research and a failure to agree on common benchmarks for evaluation. Nonetheless, with an emerging postliberal order, and a deepened concern over respect for human rights in both democracies and autocracies, critiques and counter-critiques deserve consideration in ensuring that the political project of human rights is both effective and equitable 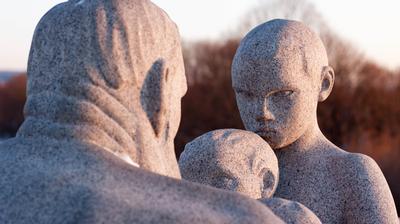 Where are the women? Towards gender equality in the ranger workforce

Indigenous Irrigation System Linking People, Place and the Planet: The Practice of Jamfwi on the India-Bhutan Borderlands

COVID‐19, ‘dugnad’ and social control in Bergen and beyond

After the uprising: Including Sudanese youth

What does COVID-19 tell us about the Peruvian health system?