What does the independent assessment of the UK government’s approach to corruption, illicit financial flows, and international development tell us?

Written by
Robert Barrington — Professor of Anti-Corruption Practice, Centre for the Study of Corruption, University of Sussex.

The UK’s Independent Commission for Aid Impact (ICAI) has recently published a new report on Mapping the UK’s approach to tackling corruption and illicit financial flows — or to be accurate, an ‘information note’ rather than a report.

For those who follow the arcane meanderings of the UK government’s approach to corruption, it is a gold mine of information. It puts far more into the public domain than we have seen before about basic things like structures, responsibilities, and reporting lines. The UK government is theoretically committed to transparency through multiple initiatives (Open Government Partnership, Beneficial Ownership Transparency, Extractive Industries Transparency Initiative, etc.). Yet it often keeps its efforts to tackle corruption unnecessarily hidden — for example, regularly failing to announce the name of its own Anti-Corruption Champion. Much of this is almost certainly ineptitude rather than deliberate concealment. The ICAI note helps redress the balance.

Is it a good report?

The document had a lot going for it, even before it was born. It was commissioned by parliament’s International Development Committee (IDC). Over the past 20 years, the IDC has done more than any other official body — with the possible exception of the Organisation for Economic Co-operation and Development (OECD) — to hold the UK government to account for its approach and performance on corruption. Furthermore, a distinguished former member of that Committee, Hugh Bayley, who was always on the right side of history in parliamentary debates on subjects like the Bribery Bill, is now an ICAI commissioner and led on this piece of work.

Instead of recommendations, the note summarises future lines of enquiry

Is it a good report? The answer is an unambiguous ‘yes’. The stated purpose is that the note ‘maps the UK government’s strategies and activities aimed at tackling corruption and illicit financial flows’. Additionally, ‘Instead of recommendations, the note summarises future lines of enquiry that warrant further consideration’.

Those ‘lines of enquiry’ are spot on — in fact so spot on that here they are in full:

(vi) how the UK can best act as a good global citizen and a global partner of choice.’

An underlying theme is that corruption undermines international development, but also that the UK has a big role to play — as a standards setter, in preventing bribery by its own companies, and in moderating and preventing illicit financial flows (IFFs). The note is framed around Sustainable Development Goal (SDG) 16: ‘Promote peaceful and inclusive societies for sustainable development, provide access to justice for all and build effective, accountable and inclusive institutions at all levels’. It also, very sensibly, ’reviews corruption as a development challenge and does not consider fraud within the UK aid programme’.

The UK has a big role to play as a standards setter, in preventing bribery by its own companies, and in moderating and preventing illicit financial flows

The document is exceptionally well crafted, because it does two jobs, and does both of them well. It functions as an information note; but in addition, the ‘lines of enquiry’ revealed by the research highlight pretty much all the most important questions regarding the UK government’s approach to and governance of corruption. Answers are needed to these questions.

To some extent, its strength is precisely that it is an information note — reporting a range of views and opinions, but steadfastly refusing to take a position itself. That increases the chances it will be listened to by a government that has yet to show its colours on these issues.

Time to respond to key issues

The UK has been basking for four years in the after-glow of its successful Anti-Corruption Summit in 2016. Now it needs to start responding to some key issues which were outstanding then or have arisen in the meantime (yes, including the UK leaving the European Union: ‘Brexit’). There is also unfinished business — like the position of the Overseas Territories and Crown Dependencies in facilitating corruption, and the role of UK law and accounting firms as enablers. The document covers all such issues.

Yet despite shining a clear light on areas that need to improve, this note by no means sets out to give the government an unreasonably hard time. It is a balanced report, asking questions that also throw out challenges to anti-corruption campaigners and researchers, such as ‘To what extent does being a “good global citizen” promote trade? What is the evidence for this?’

Last time ICAI produced a report on corruption, it was less than impressive. This time, it gets high marks. Anyone who is interested in the strengths and weaknesses of UK’s approach to corruption should read this.

We urgently need a similar report for corruption within the UK

There is one caveat. The job of ICAI and the IDC are to look at the UK Department for International Development (DFID) and the UK’s overseas aid. We urgently need a similar report for corruption within the UK, as well as some real research: time after time, reviews of the UK repeat how little we know, without adding to the knowledge. Apart from anything else, the SDGs — including SDG16.5’s ‘substantially reduce bribery and corruption in all their forms’ — were intended to apply equally to all countries, and not simply developing economies. It is hard for the UK to suggest to other countries what they should do unless its own house is in order. 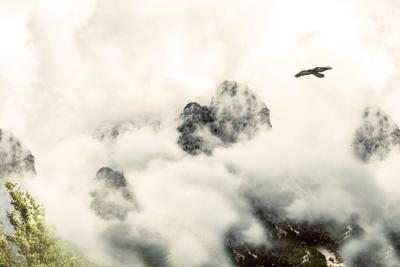 Twenty years with anti-corruption. Part 8. Working with other parts of government … when they don’t want to work with you