Police in Ukraine: corruption versus reform

Ukrainians have little trust in their key institutions, including the police. Despite reforms following 2014’s revolution, corrupt practices by police officers remain one of the country’s major problems. Examples include high-profile cases not being investigated, bribery, smuggling, non-declaring of assets, and relatives of officials being appointed to top positions in the police. A way forward could include appointments via independent commissions, open competition for posts, better salaries for the police, and strong and transparent disciplinary proceedings.

Ukrainians believe that the fight against corruption in government and other key institutions has been unsuccessful. The focus of this blog is the police — a key sector of public anger.

Evidence of failure to address corruption in the police can be seen in lack of progress in investigations of high-profile criminal cases. For example, the murders of anti-corruption civil society activist Kateryna Handziuk and journalist Pavlo Sheremet, the killing by drunk policemen of five-year old Kyrylo Tlyalov, and the rape of a woman at the police unit in Kagarlyk remain unsolved or unpunished. The last of these incidents increased public distrust in the police from 44.3% to 55.6%.

Ukrainians consider all these cases to have taken place due to the failure of police reform and widespread corruption in the police sector. Moreover, Ukraine’s National Police does not punish those responsible for attacks on anti-corruption activists and investigative journalists. This again highlights corruption ‘at the top’ in Ukraine.

A survey conducted on behalf of Ukraine’s National Agency on Corruption Prevention in March/April 2020 had some significant findings. Key among these was that Ukrainians believe corruption to be one of the country’s most significant problems, second only to the war in Eastern Ukraine.

In comparison to the results of the 2017 survey, the population survey showed a deterioration in people’s assessment of corruption in the following areas: customs, medicine, tax, the central police, patrol police, local authorities, the National Agency on Corruption Prevention, the National Anti-Corruption Bureau of Ukraine, and the armed forces. The only institution that showed a significant improvement was the President of Ukraine, who is now perceived to be more trustworthy.

I am choosing to take the police as an example in this blog, as this institution was a key focus of public anger over violence and corruption following 2014’s Revolution of Dignity. Why, after subsequent reforms, is the National Police still seen to be a corrupt institution?

Corruption in the police was inherited from the 1990s, or even from the era of the Soviet Union. Numerous journalist investigations — for example by Bihus.info, Slidstvo.info, ANTAC, and Radiosvoboda — point to practices from these times that are still in evidence today. These include the following:

History of police reforms … and failure

The 2014 Revolution of Dignity started after several hundred activists, mostly students, were brutally dispersed from the Maidan Square by the police. In response, hundreds of thousands of people gathered in the centre of Kyiv to protest the beatings. The brutal actions of the police were the catalyst for people outraged by corruption, the roll back of European integration, and forced ‘russification’.

After the revolution, police corruption was high on the agenda of Ukraine’s government and its international partners. As a result, the Law of Ukraine ‘On National Police’ was adopted. This, along with a series of reforms — all implemented that same year — aimed at rooting out old corrupt practices.

The most successful step in the police reform was the formation of the patrol police, while the highly corrupt car inspection and patrol service was disbanded. Thousands of young motivated people from outside the police system were selected to serve as patrol police officers.

However, the new system clashed with the old. Unreformed local police units and the criminal police also fought back against the change. The new patrols lacked experience, felt ineffective due to forced cooperation with unreformed police stations, and became demotivated. Many left and high staff turnover became a problem. The unreformed criminal units meanwhile continued to ignore high-profile cases.

Another stage of reform to the police was re-attestation. Officers had to pass a new exam (on the law, general skills etc.) if they were to keep their positions. However, this resulted in few being fired (only 7% failed the exam). Even those who were dismissed soon got their jobs back through the courts. These ‘old’ police officers are still working today, employing old corrupt schemes much as they used to do in the past.

Finally, Ukrainian authorities tried to implement the classic European model of reform by separating the Ministry of Internal Affairs and the National Police. The National Police was supposed to be in charge of investigating, detecting, and preventing crime, with the ministry responsible for strategic-level decisions and reform processes. The separation of powers and influence happened on paper, but not in practice. The Minister has maintained certain powers of operational management; for example, he/she appoints the heads of regional police departments, and approves all deputy heads of the National Police.

Hence, apart from the creation of patrol police and re-branding of the old militia into the National Police, the other reform efforts have mainly been cosmetic.

As well as the failure of reforms, the low salaries of police officers in Ukraine is considered to be another reason for corrupt practices in the sector.

Young and motivated people are leaving the police system…

In 2015, the police were well-paid. However, inflation has negatively affected salaries since then. The average salary of a police officer in Ukraine is about 15,000 UAH (Ukrainian hryvnia) per month. This is about 475 euros. In the regions it is even lower at about 10,000 UAH (317 euros). In comparison, the salaries of bodyguards or even taxi drivers are two to three times higher.

This is also one of the reasons for the high turnover within the sector. Young and motivated people are leaving the police system, while older officers who have illegal ‘extra’ sources of income are staying. In June 2020, the National Police had a workforce of 151,600 people. This represented a shortage of 23,700 people, almost 16% of staff. The patrol police are understaffed even more (short by about 22%). The biggest shortage is in Kyiv.

Recommendations for the future 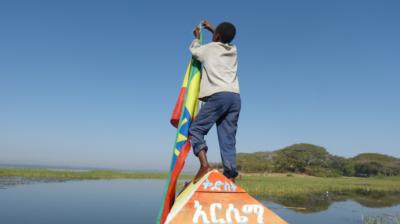 Forest livelihoods and a “green recovery” from the COVID-19 pandemic: Insights and emerging research priorities from India 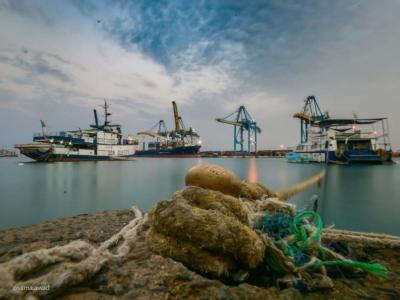 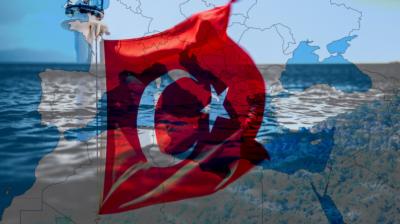 Turkey as a regional security actor in the Black Sea, the Mediterranean, and the Levant Region