Is Dos Santos pushing his luck?

The Angolan president José Eduardo Dos Santos recently returned to Angola after spending 25 days in Spain. The second visit this year, it was surrounded by secrecy. After weeks of speculations, his son in law appeared on Portuguese television claiming that the president was on a private visit and used the occasion to see the dentist. In Angola, rumour has it that the president has cancer and that he received medical treatment at a hospital in Barcelona.

But the secrecy was not the only thing that attracted attention. According to the constitution, the president is supposed to leave the vice-president in power when he leaves the country for longer periods of time. Dos Santos chose to run Angola from Spain. 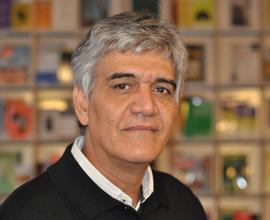 -The president’s disregard for the constitution created discontent in Angola. The fact that he ignored the constitution he drafted himself is interesting, says Nelson Pestana, political scientist, researcher at the Centro de Estudos e Investigação Cientifica da Universidade Católica de Angola (CEIC) and a central commentator in Angola. For the past few years, he has joined forces with researchers at the Chr. Michelsen Institute (CMI), participating in CEIC and CMI’s joint research programme.

Inspired by the Arab spring, a small group of youth organized the first protest against Dos Santos in 2011. They used social media to deliver their message and organise. They had no leader. Hip hop-artists followed in their footsteps, creating catchy lyrics like “Tio Zé, tira o pé, o teu tempo expirou a bué” (Uncle Zé Eduardo remove your foot, your time expired a long time ago) at a concert in Luanda.

At first, the protesters were met with skepticism among the political opposition in Angola. They were almost suspiciously brave. Yet their bravery turned the tide.

* The Angolan is one of the constitutions in the world centralizing most power in the person of the president.

* The CEIC-CMI cooperation is a joint research programme to enhance knowledge and policy based research on Angola. Research focuses on the analysis of economic and political developments in Angola.

-The audacity of the first 17 youths changed the political landscape and made the opposition parties start to consider one of the youth protestors’ key ideas; that there will be no change through electoral means because Dos Santos has monopoly on the means of fraud, says Pestana.

The opposition parties have recently been taking a leading role in the protests against Dos Santos. Although there have been protests earlier, something is qualitatively different this time. According to Pestana, there is now more awareness of the fact that the inequalities in Angola are linked to Dos Santos’ politics, that oil revenues end up in the pockets of a small elite around the President, and that political repression stems from his rule.

There is also a growing understanding that Dos Santos is preparing the ground for “dynastic” succession. There are signs that he is grooming his son, José Filomeno, for the presidency. One is that his son has been lifted into the inner circles of power. He was first given an important position in Sonangol, the huge state oil company, and has been given the chairmanship in the Angolan oil fund. The opposition is now taking up the challenge because they have realized that the Dos Santos’ family will stay in power if nothing happens.

-The idea of dynastic succession is also opposed within Dos Santos’ own political party MPLA. They claim that they oppose this development for democratic reasons, although some may have more egoistic reasons for their protests. There are many individuals close to power who hopes to one day climb to the top of the political ladder, says Pestana.

Blurring the lines
Certain factions of the MPLA are now willing to lean on the opposition parties in an attempt to change power relations in Angola. The line between the MPLA and the opposition used to be sharp, but in November, while Dos Santos was in Spain, someone leaked sensitive information about the fate of two protesters who disappeared after a demonstration. After the police had killed them, their bodies were thrown into a crocodile infested river.

-The person or persons who leaked this information knew that this would provide fuel for the protests, says Pestana.

According to Pestana, there is also growing discontent with the president’s lack of interest in the country’s social crisis. Despite huge oil revenue, inequality is increasing. The majority cannot use the new and expensive hospitals that are being built. The education sector has hit rock bottom. There is a hunger crisis and cholera epidemic in the southern provinces.

-In his recent state of the nation-speech, Dos Santos stated that the drought in the Southern parts of Angola is an impediment to economic growth, but he has not visited the region to see what is really going on. He rarely travels in the country at all. Many have reacted to what seems like a lack of interest, he says.

Political opponents have also reacted to the lack of progress in local governance reforms. For the past 15 years, the authorities have promised decentralization and local elections of local governments. Processes of local governance, which is one of the central research issues in the cooperation between CEIC and CMI and eagerly embraced by international organisations like the UNDP, are clearly not benefitting from Dos Santos’ tight grip.

A risky business
Although there are palpable changes in the political climate, being in opposition to the regime is still risky business. Many of Dos Santos’ political opponents are killed in accidents or they disappear. Many experience difficulties in finding work, accessing administrative offices, or public education.

-Dos Santos has a strong police state machinery and strong economic power. Social networks in Angola are still characterised by a clientelistic logic. If Dos Santos is forced to give up the presidency, we will still have a long way to go. There will be a need to depersonalise and depatrimonialise the country’s institutions. But there was a time when the president’s power was even more hegemonic than it is today, says Pestana.