Comparison between the Mkukuta and the Election manifesto of CCM/Tanzania

Team: Hilde Selbervik (project leader), none
The National Strategy for Growth and Reduction of Poverty (NSGRP), or in Kiswahili Mkukuta, is Tanzania's second PRSP. The Mkukuta has been effective sine July 2005 and has a five years framework two years longer than the first PRSP. The Mkukuta constitutes an organising framework for poverty reduction in Tanzania.The CCM's Elections Manifesto for the 2005 General Elections was issues in August 2005 by the National Executive Committee (NEC) and covers more or less the same period as the Mkukuta, the period 2005-2010. The manifesto spells out goals and targets for what CCM wants to achieve in power. The main purpose of the review is to get a clearer picture of areas where the two strategies pull in the same direction and where they differ given the cluster goals in the Mkukuta. 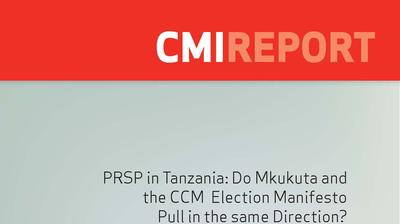 PRSP in Tanzania: Do Mkukuta and the CCM Election Manifesto pull in the same Direction?