Development planning and the importance of Democratic Institutions in Botswana

This study takes an extended look at Botswana, a country which is found to depart from the common pattern of African states and therefore may be considered as something of a special case. By using a state-centred approach, the study is able to isolate some of the factors explaining the defining. features of Botswana' s development strategy; relative insulation from societal pressures, institutional and organisational coherence and the availability of policy instruments. These factors are contrasted with those of other African states and serve to draw an analytical distinction between strong and weak states. Using the concept of a strong state and the state-centred approach, the study proceeds to review the economic and political trajectories of Botswana after independence and to investigate in detail the policy process as it relates to the formulation of the Income Policy and to the allocation of public funds and the control of public expenditure, in particular for district development. While using the state-centred approach, the alternative society-centred approach is also explored to explain the low level and fragmented nature of political opposition to the executive inside and outside parliament. The study concludes that, judging from the Botswana case, democracy is compatible with economic development even under conditions of relative state autonomy. 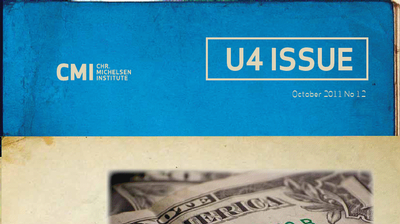 Combating illicit financial flows and related corruption in Africa: Towards a more integrated and effective approach