This volume examines the political role of courts in new democracies in Latin America and Africa. Are the courts able to hold political power-holders accountable when they act outside of their constitutionally defined powers? Given the hyper-presidential nature of these regimes, particular focus is on the ability of the courts to say "no" to the executive and make it stick. The book critically questions some of the premises underlying the present drive towards strong constitutional government and strong judicial powers. Considering the record of judiciaries in new democracies, it warns of problems inherent in the current global move towards strong constitutional government, where increasingly strong powers are placed in judges who themselves are not made accountable. In this volume experienced scholars - lawyers, economists and political scientists - from Latin America, Africa, the US and Europe draw on their knowledge of particular cases. Their articles bring not only new empirical knowledge to the field where broad comparative studies are lacking, but also generate significant theoretical insights, thus shedding light on a phenomenon that is widely recognised as important, but which has so far received scant attention. 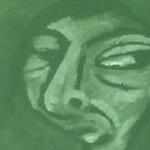 Democratization and the Judiciary

Introduction : The accountability function of the courts in new democracies

Introduction : the accountability function of the courts in new democracies