Palestinian Women: Is there a Unitary Conception of Rights?

What are "ordinary" Palestinian women's views on women's rights? How do they perceive their own rights situation? The term "ordinary" in this respect refers to rural women outside of political organisations, whether secular or religious. These women do not participate in any of the many women's rights advocacy groups that exist in Palestine. Palestinian women's participation in the resistance against the Israeli occupation, most notably during the first Intifada (1987-93), has been characterised as broad and active, particularly at grass roots level. This participation gave rise to claims for gender equality and more social and political power for women. My material shows that while there seems to be an agreement among women that their rights situation is not ideal, there is neither a consensus as to what women's rights are nor how such rights can be achieved. Furthermore, there is a marked difference in how women's rights are understood between women belonging to the urban elite and their rural sisters. Throughout the decades that Palestinians have fought for independence, women have been taking on more than their traditional share of responsibility for the provision of the family because men have been injured, imprisoned, in hiding, in exile or dead. Recently, however, this has become more difficult due to the dire economic situation and the increase in violence brought about by the al-Aqsa Intifada. Although women in general have more options to choose from with regard to education and work, their actual scope for agency is restricted by poverty and insecurity. My informants' statements show that whether a woman sees her opportunities as "rights" depends to a great extent on the actual level of choice she experiences. This paper is based on fieldwork conducted mainly in two villages in the Ramallah district in the spring of 2004.

Gender parity and the symbolic representation of women in Senegal

The Journal of Modern African Studies 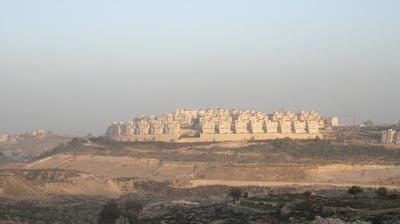