This study discerns several deficiencies in the budget process in Angola. The government's budget proposal is not publicly debated, no pre-budget paper is prepared, comparisons between budgeted expenditure and actual outcomes are not made, and audit reports are not prepared. Besides, budget execution is problematic because Angola has two parallel public finance systems, one conventional system under the Ministry of Finance; and a (mainly) Sonangol-operated unconventional system.

The Angolan state institutions involved in the budget process are all rather weak, but reforms, learning and improvements have taken place, in particular in the Ministry of Finance, in the Finance Committee of the Parliament and in the supreme audit institution (Tribunal de Contas). However, other institutions are still weak or non-existent. The 1996 law on an anti-corruption commission has not been put into practice. The National Statistical Institute is a weak institution, and thus the basic national statistics, on which budget allocations should be based, are unreliable or non-existent. The provincial and local administrations have severe deficiencies in legitimacy as well as in professional capacity to analyse and shape public service delivery.

During budget preparation in other countries, civil society organisations may debate budget reports and policies, for instance in a pre-budget conference and comment on tax proposals. CSOs can also be effective fighters against budget leakages, corruption, embezzlement and squander. However, civil society has historically been weak in Angola, and the political and societal space for civil society is limited. The Angolan authorities have not fully accepted the role of civil society's voice, watchdog and control functions, and the legal framework is restrictive.

The report suggests how to increase insight and transparency of the budget processes in Angola, how civil society can be more involved in the processes for example through capacity building in "economic literacy", and how donors can take measures to ensure more transparency and public involvement in budgetary processes. 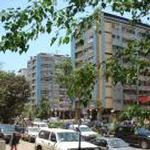 Budget Process and Transparency in Angola