Suspiciously Supportive or Suspiciously Obstructive? The Relationship Between Local Government and NGOs in Bosnia & Herzegovina, Serbia, and Macedonia

The local governance of COVID-19: Disease prevention and social security in rural India 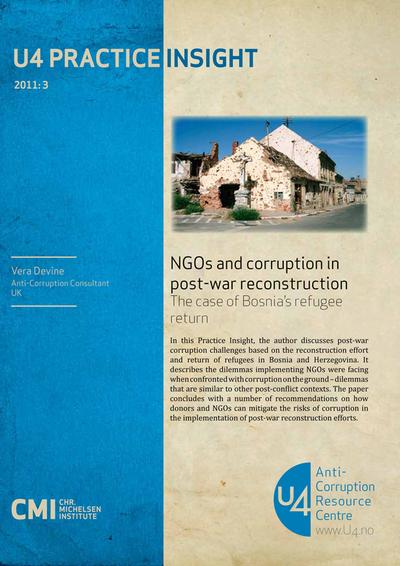 NGOs and corruption in post-war reconstruction: The case of Bosnia's refugee return