Åse Berit Grødeland (2008)
in John Pickles: State and Society in Post-Socialist Economies . Basingstoke, Hampshire: Palgrave Macmillan pp. 229-252
The book concludes with a chapter by Åse Berit Grødeland that deals with the ways in which negative consequences of reform and the opportunity structures it has created have similarly encouraged individuals and groups to work in and through informal social 'networks' and personal 'contacts' to help each other (often to achieve their legal rights), to derive economic or political benefit (often in the absence of effective international development) and to consolidate interpersonal and group obligations.  Grødeland draws on interviews carried out as part of a three-year project investigating informal relations in politics, the judiciary and in public procurement practices in the Czech Republic, Slovenia, Bulgaria and Romania, and focuses on how such relations, networks and contacts are used to specific ends as forms of social capital.  Here Grødeland extends a line of interesting research on the social dynamics of informality that has emerged in recent years, often dealing with grey, shadow or illegal economic networks, but also with the important political and economic roles of economies 'beyond the economy', or what elsewhere have been called informal economies, the economy of jars or economies of influence and reciprocity.  These include accounts of non-monetarized exchange systems, economies of reciprocity, remittance-based economies and household economies.  But in this chapter she asks:  (a) whether the 'culture of informality' has evolved in response to transition and the problems caused by it, or whether it has its roots in pre-transition political culture, and (b) whether - if the 'culture of informality' is a response to transition - is it less extensive in countries that have joined the EU in 2004 and fully implemented the acquis communautaire (here the Czech Republic and Slovenia) than it is in the new member states Bulgaria and Romania?  Surprisingly, the use and density of informal practices seem not to be related to the level of institutional reform in a country, although the types of informal requests being made are.  Perhaps even more surprising is that many of the efforts to mobilize social contacts and informal networks seem to be directed at obtaining information or rights that are legally available to citizens, but about which they know little.  Moreover, these typically mobilize the same contacts and networks that people used under communism, and again mainly to deal with mundane everyday needs and tasks rather than more significant political and economic 'favours'.  In a broader sense - as Grødeland shows clearly - the significance of the broader practices of informality that sustained (or, as Gerald Creed has suggested, domesticated) communism are now being reworked at all levels to domesticate the institutions and practices of capitalism (John Pickles, Chapter 1.  The Spirit of Post-Socialism:  'What is to be understood by it?').

China and global integrity-building: Challenges and prospects for engagement

The historical roots of cooperative behavior—Evidence from eastern Congo 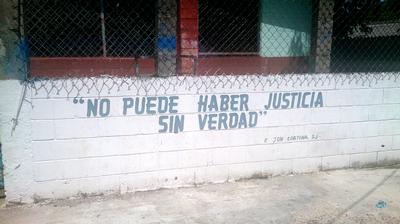