The issue of so-called “tax havens” is controversial and has been on the international political agenda with interest peaking at the G20 meeting of 2nd April 2009. The phenomenon`s main feature, banking secrecy laws, contributes to drug sales, human trafficking, weapons smuggling, corruption, environmental crime, tax evasion and avoidance, financial crisis, terrorism and poverty. However, various attempts within the international community designed primarily to limit these negative effects have so far failed. Why has international cooperation to combat secrecy laws been so difficult? This master’s thesis is a historical analysis that closely follows a Norwegian policy concerning “tax havens” with regard to tax matters from the early 1970s up to today (2012). The objective of the study is to bring humanities into a subject that has so far been predominantly seen from an economics and law perspective. The aim is to direct the attention towards tax havens and their implications as a particular phenomenon. Therefore, the thesis follows the Norwegian Ministry of Finance´s efforts to combat the negative effects of “tax havens” on a unilateral, bi-lateral and multilateral level. These policy responses strongly converge with work carried out by the Organization for Economic Co-operation and Development (OECD) through the Project on Harmful Tax Competition initiated in 1996. Thus, the OECD experience is at the centre stage of the analysis followed from the perspective of the Norwegian Ministry of Finance. 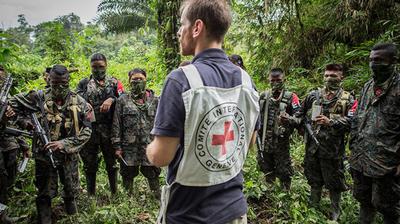