Local ownership of international statebuilding processes tends to be understood as a quality which is ‘supported’, ‘fostered’, ‘granted’ or ‘stifled’ by foreigners rather than something which is simply taken by the hosts of such interventions. Drawing on the literature on extraversion and examples from recent post-conflict reconstruction in Sierra Leone, this article challenges the view that local ownership is ‘abundant in policy but absent in practice’.  Sierra Leonean authorities actively worked to deepen and prolong the post-conflict intervention by drawing their former colonizer into the security sector. This contradicts two common assumptions about local ownership: (i) it is aimed at reducing international influence and (ii) it will be scarcer and more difficult to achieve the weaker the host state. If we are to arrive at a more sophisticated understanding of local ownership, international statebuilding should not be understood as discrete processes with defined goals, but instead as opportunities and constraints that expand or contract the political arena in which local actors operate.

Gender and Violence in Post-Conflict Settings

Handbook on Gender and Violence

Decade of Despair: The Contested Rebuilding of the Nahr al-Bared Refugee Camp, Lebanon, 2007–2017 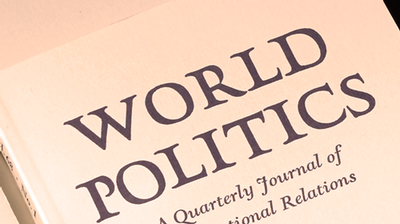