Is Fredskorpset an effective instrument for strengthening civil society in developing countries?

Fredskorpset, or FK Norway, is one of the instruments for Norwegian development aid support to civil society in developing countries. It promotes mutual learning and sharing of experiences between organisations in different countries and between diverse cultures, but does more for individual participants, than for civil society in developing countries, concludes an evaluation of FK Norway. The evaluation report also suggests improved coordination between FK Norway’s personnel exchange and other Norwegian instruments for civil society support.

Fredskorpset or FK Norway is a government agency first established in 1963. It aimed at making medium level professional skills available to developing countries while at the same time providing idealistic young Norwegians with the opportunity of engaging in development work. During the 1990s, this volunteer model became outdated. The volunteer approach was considered by many as becoming increasingly similar to traditional technical assistance programmes. The approach was criticized as an in-effective way of transferring know-how to developing countries. The model had lost its grassroots orientation and idealism fundamental to the original idea of sending volunteers abroad. The old Fredskorpset was discontinued in 1999 and a new FK Norway was launched in 2000. It remained an agency under the Ministry of Foreign Affairs and funded through the development aid budget, but differed fundamentally from the old volunteer programme. The new FK Norway was launched as a mutual exchange programme of young people between partner institutions in Norway and the global South, or between partners in different countries in the South. The core idea was that Norwegian participants should work in countries in the South, and participants from the South should work in Norway, or in other countries in the South. Furthermore, FK Norway should primarily act as a facilitator and funding institution providing a management framework for the exchange of personnel. The exchanges were to be organised and implemented by institutions in Norway and institutions in the South. Supporting civil society is one FK Norway’s three mission objectives.

Many Western countries provide for development aid-funded volunteers, mostly through different schemes stimulating young professionals from the donor country to work in developing countries. FK Norway is unique in the sense that it combines this with an emphasis on mutual exchange stimulating young professionals from the South to spend time in Norway as well as promoting South-South exchanges.

In the 2006-2014 evaluation period, nearly 5500 young persons have participated in FK Norway’s exchange programmes. These are mostly divided between three programmes. One is a dedicated North-South programme between organisations in Norway and developing countries. The second is a South-South programme between organisations in developing countries. Both these programmes target young professionals between 25 and 35. A third special FK Young programme targets younger people between 18 and 25. The majority of organisations engaged in the exchanges are civil society organisations, but there are also significant exchanges involving especially public health and higher education institutions.

Organisations from some 60 countries have participated in FK Norway’s exchange programmes. The number of participating countries have today been reduced to 25. Most of them are concentrated in Eastern and Southern Africa and in South and Southeast Asia. Currently the main focus for civil society support is through the FK Young programme.

The evaluation team concludes that FK Norway has become an increasingly professional organisation, proficient in facilitating exchanges that works well for individual participants both from Norway and from developing countries. FK Norway has developed strong policies and instruments to ensure that the individual exchange participants are prepared for their stay abroad and that the hosting organisation provides the required support. However, the evaluation team also concludes that FK Norway has not sufficiently operationalised and addressed its third mission objective of contributing to strengthening civil society in developing countries.

The FK Youth programme in Tanzania

Three main youth exchange projects have dominated the co-operation between Norwegian and Tanzanian civil society organisations. This involved on the Norwegian side the youth organisations of the Stromme Foundation and the Norwegian Church Aid/YMCA—YWCA and Friendship North-South. In many instances the participation involved stays at a Norwegian Folk High School and work in child care facilities and youth clubs in Tanzania

Basically, FK Norway’s approach focuses on the individual encounters assuming that these will have wider societal benefits. It is assumed that participating individuals and organisations will become agents of change in their communities and societies. These assumptions are not sufficiently addressed or critically reviewed in FK Norway’s planning, management and implementation of its exchange programmes.

Furthermore, the team also observes that FK Norway’s approach to civil society is informed by an understanding of civil society as primarily an association of individuals and building of social identities. This focus on the “social capital” dimension differs from defining civil society as a “third” sector (separate from government and private sector) holding the government accountable through policy advocacy and monitoring, promoting human rights, democratisation and other development objectives.  This has contributed to a stronger focus on the individual exchange with less emphasis on organisational and especially wider societal impacts.

South-South cooperation is dominating the exchange projects in this region. The focus is often organisational development issues, but it has also in some instances helped develop joint programmes between neighbouring countries. One example is cooperation on legal aid and migrants workers between human rights organisations in Thailand and Myanmar.

The evaluation team still found several examples of FK Norway supported exchange projects that go well beyond benefits at the individual level. In particular, there are good examples of joint programmes in important sectors being developed between participating partner organisations in different countries. But there are also many examples of exchange projects that are small, short-lived and marginal with few noticeable benefits beyond participating individuals.

The evaluation team also notes that the Ministry of Foreign Affairs is calling for increased thematic priorities and demands for results. This has posed additional challenges for FK Norway’s ability to focus on strengthening civil society. The evaluation concludes that the organisation is characterised by many of the dilemmas which the organisation has struggled with since the early days of the “old” Fredskorpset:  is the purpose of placing young professionals and volunteers abroad primarily to benefit the individual exchange participant? Or shall the exchange also have wider instrumental development purposes?

The cooperation between the Norwegian Musikkorpsforbundet and their South African counterpart is one of the biggest and longest exchange projects supported. It has helped to professionalise and significiantly expand the work of the Field Band Foundation. It has also developed Musikkorpsforbundets work with immigrant communities in Norway.

FK Norway’s portfolio of civil society organisations supported is fairly similar to other Norwegian channels for support to civil society in developing countries.  FK Norway brings in a large and diverse number of Norwegian institutions compared to the other channels (Norad, Norwegian NGOs and Norwegian embassies). FK Norway also has a niche in promoting mutual learning and sharing of experiences between organisations in different countries and between diverse cultures. In particular the evaluation team found examples of regional networks of organisations and joint programmes being established and further developed as a result of the exchange.

The team also provides subsidiary and operational recommendations in its full report. This includes exploring possibilities for improved coordination and cooperation between FK Norway and other Norwegian channels and instruments for supporting civil society.

This brief is based on the report Chasing Civil Society? Evaluation of Fredskorpset. The report was commissioned by Norad’s evaluation department. The report was prepared by Chr. Michelsen Institute (CMI) in cooperation with Nordic Consulting Group (NCG). The report was released in January 2016. The report’s findings, assessments and recommendations are  based on data collected from interviews and documents. This included case studies of exchange projects in Thailand, Cambodia, South Africa, Tanzania and Uganda. 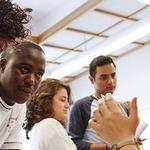 Evaluation of Norwegian support to civil society through Norwegian organisations. Report from presentation seminars in Nepal and Ethiopia. April 2018 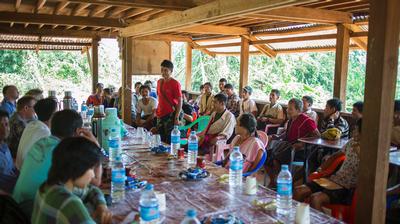