In this paper I issue a call for a primary focus on expanding and strengthening alternative, community-based justice systems, as a strategy for securing the full benefits of legal agency to indigenous and other culturally distinct groups. I do so because what lies within the formal justice system - the very system to which so many well-meaning programmes promise access - is, for these groups and their members, often partial justice at best. Efforts to increase the space governed by autochthonous justice are more likely to produce true legal agency for both the communities and their members, although they raise important issues for included subgroups, such as women or culturally nonconforming groups. Somewhat paradoxically, indigenous groups' engagement with the very apex of formal systems, through constitutional litigation, has been one avenue for increasing that space, thus reflecting the exercise of collective legal agency in the pursuit of collective and individual legal agency. 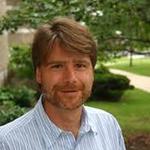 Solving the problem of (non)compliance in SE rights litigation .

Social Rights Judgments and the Politics of Compliance: Making It Stick